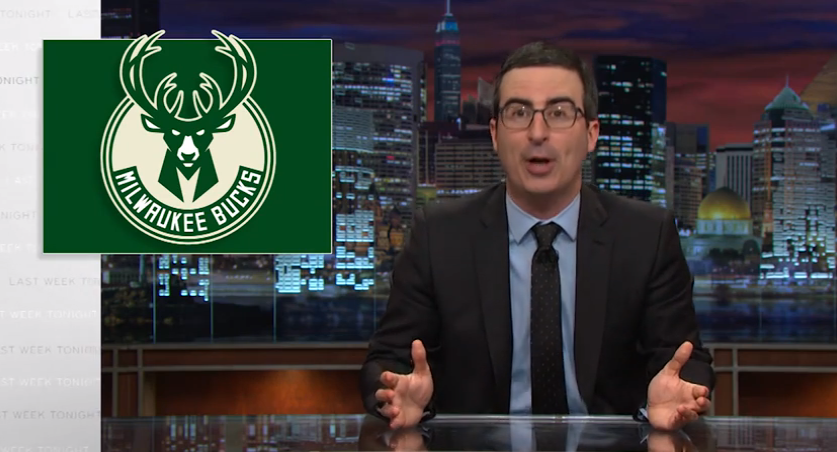 John Oliver is at it again. The hilarious host of Last Week Tonight dedicated a segment to sports stadiums last night, during which he trolled a few NBA franchises.

At one point, Oliver poked fun at the Bucks and their threat to leave the city of Milwaukee if they don’t get a new arena, highlighting a rather dramatic ad they aired recently. He also mocked their well-known slogan “Fear The Deer,” comically pointing out that deers aren’t scary—”they’re timid forest ponies with sticks on their heads.” You have to admit, Oliver makes a valid point.