John Wall Gets Up for 24 Points, 8 Assists Against the Knicks 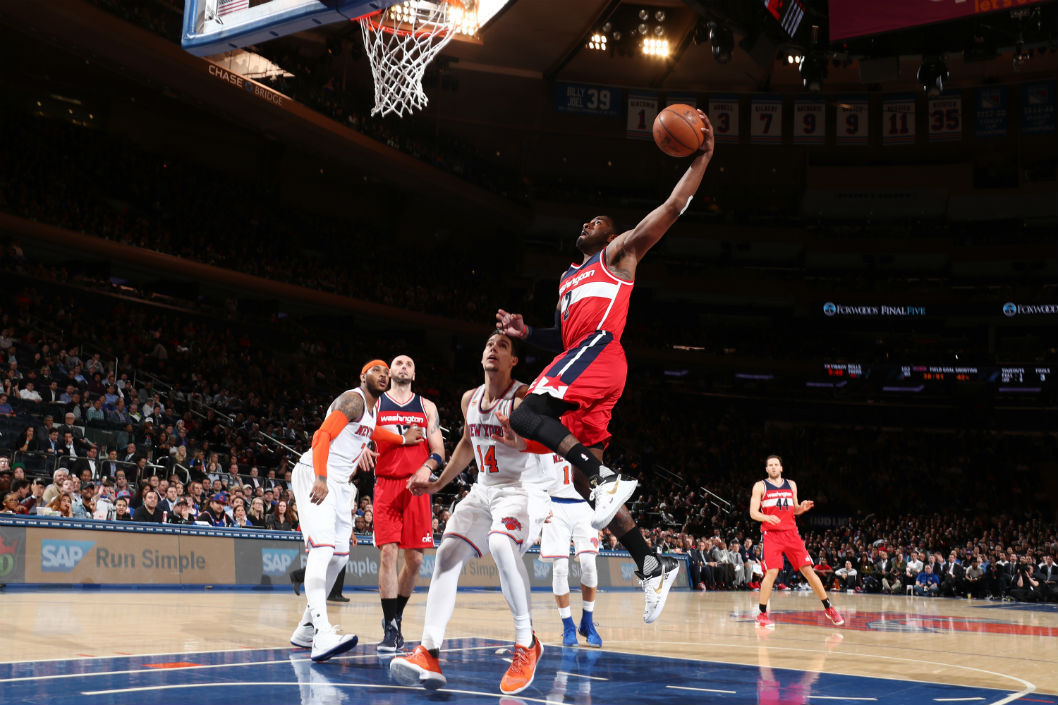 John Wall has a habit of making Madison Square Garden into his own platform to show off his craziest abilities. Tonight the Wall Star had 24 points and 8 assists on 9-15 shooting. The Wizards narrowly escaped with a 106-103 win, but Wall was still out there playing around.

He took to the air for a few big dunks and also pulled out an Allen Iverson dribble move. You know what they say–if you can make it in New York, you can make it anywhere.

The handles are on another level. pic.twitter.com/mDiDwMSYQA