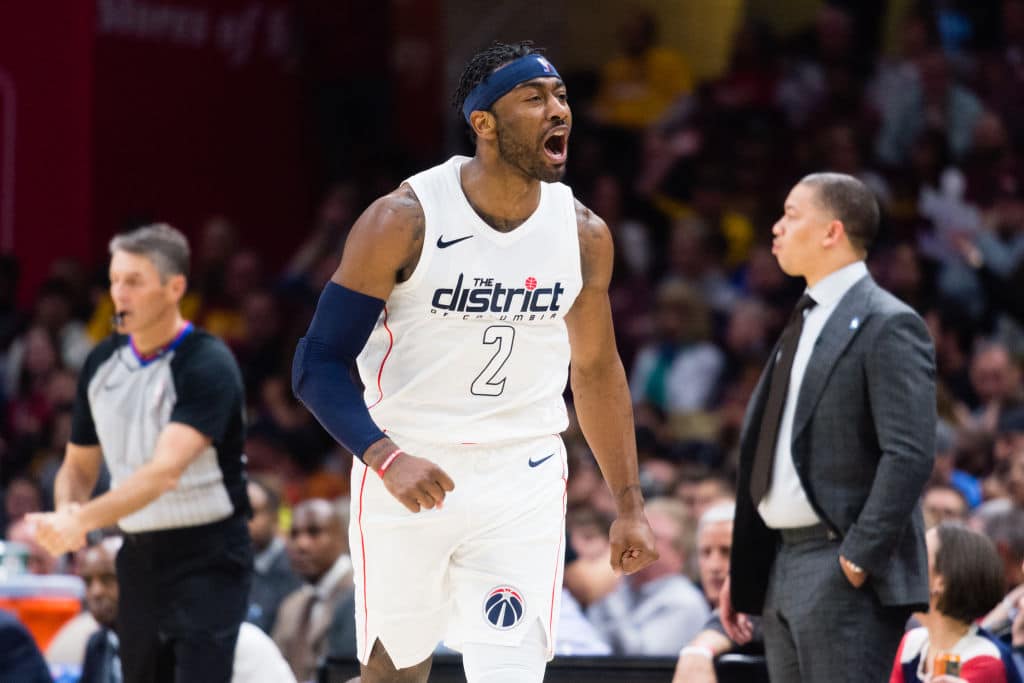 LeBron James took over down the stretch Thursday night, masterfully engineering a 119-115 comeback win against the Washington Wizards, and afterwards, John Wall lamented that he doesn’t receive the same treatment from refs that the Cleveland Cavaliers’ superstar does when he attacks the cup.

John Wall believes he couldn't get calls down the stretch, so he was focused on looking for his teammates. Spoke about the difficulty of stopping LeBron and #Wizards playing much better in second half. pic.twitter.com/IHOsoYxI3T

“Because I try to do the same thing as LeBron. But when I turn the corner and get downhill I don’t get those same calls when people put hands on me or contact with me. I already knew the play before that when I drove on LeBron I wasn’t gonna get a call. So why even put myself in that position? Same thing happened with Jeff Green. I knew they wasn’t gonna give me a call, so I tried to find a teammate for a wide-open shot. Just give that guy credit for making a great defensive stop.”

Wall finished with 28 points and 14 assists, but LeBron James won the duel with 33 points, 14 assists and nine rebounds.

J-Wall condedes that the Wizards (like the rest of the NBA) lack answers for LeBron.

For James, the comeback represented the largest in his career. According to ESPN Stats & Info, his teams were 0-152 while trailing by 15 or more points in the final six minutes of regulation.

“Like I said before the game, I’ll say it after the game and probably five years from now I’ll say the same thing: he’s the best player in the league,” Coach Scott Brooks said. “You don’t get to see players like him often.”

“For 15 years a lot of people have been trying to figure it out,” Wall said of stopping James. “You try to play off of him and make him make jump shots and as a 6-8, 6-9 athletic power forward you still get to the place where you want to get to.”