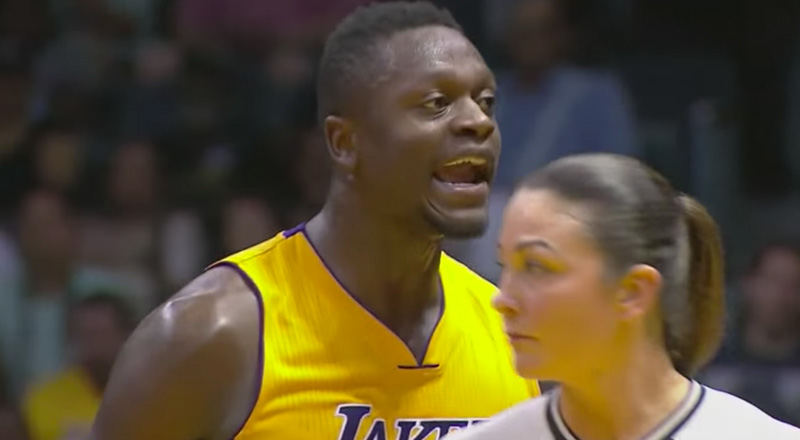 Lakers second-year player Julius Randle dropped 14 points in the first quarter against the Warriors on Saturday, primarily with Draymond Green guarding him.

After Randle drew a foul on Green while driving to the basket, Randle let everyone know what he thinks of last year’s Defensive Player of the Year runner-up, yelling, “He can’t guard me!”

Randle may not be Lamar Odom in Zach Randolph’s body, as Kobe said, but he’s pretty tough to guard. Just check his highlights from last night: