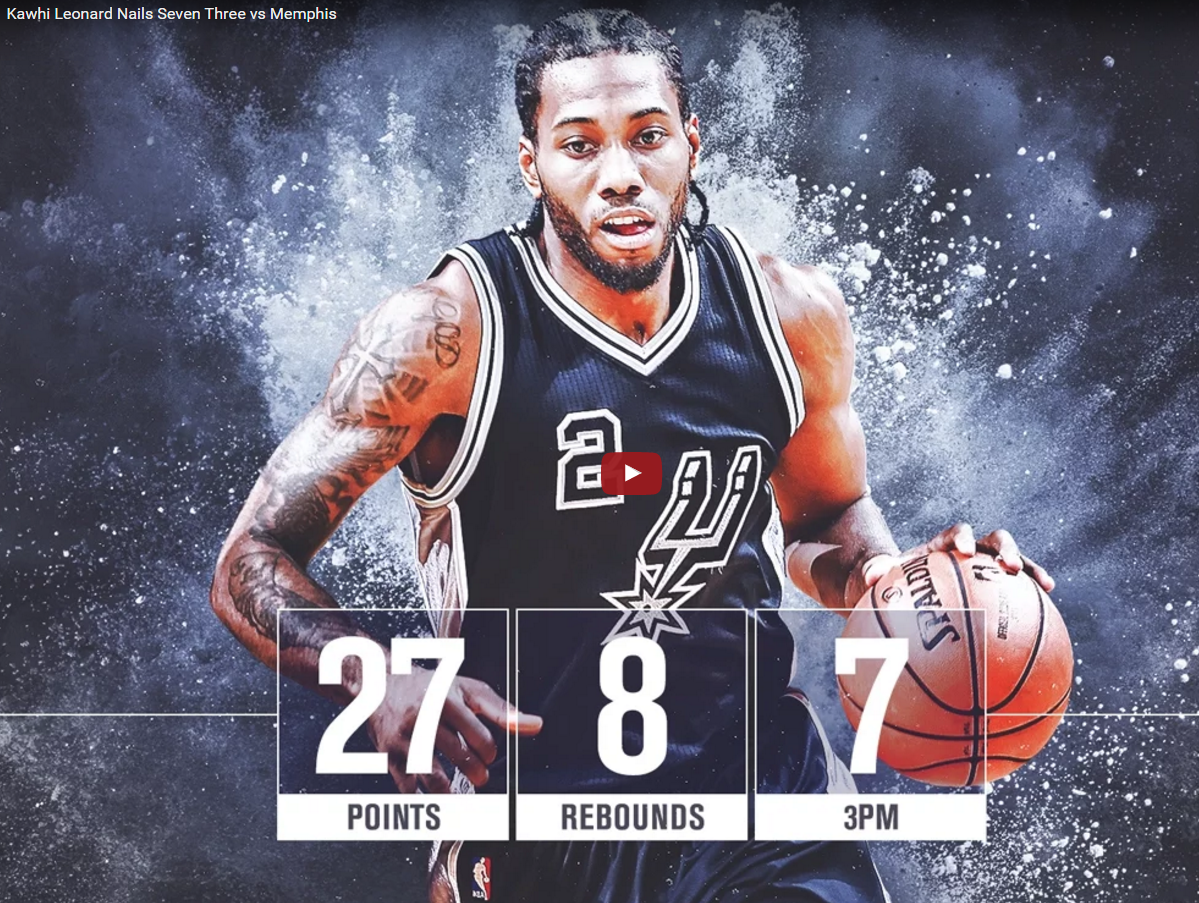 There has been an enormous, and terrifying jump in Kawhi Leonard’s three-point accuracy this season—the 24-year-old is hitting 50 percent of his long-range bombs, up from 35 percent in 2014-15.

Leonard reminded the Memphis Grizzlies of this Thursday night, hitting seven of nine from deep in a 103-83 laugher.

The Claw finished with 27 points and eight rebounds.

Gregg Popovich wasn’t too happy with the starting five after the first quarter on Thursday against the Memphis Grizzlies. […] In the first few minutes, the Spurs opened the game trailing by seven (9-2), and Popovich said he noticed “a lot of defensive mistakes and a lot of offensive mistakes.” They would finish the first quarter strong, but it wasn’t until the third quarter when the Spurs took the game over, and defeated the Grizzlies 103-83, when it was all said and done.

The Spurs outscored Memphis 29-21 in the third quarter, shot 63.2 percent, led by Kawhi Leonard’s 11 points, held the Grizzlies 7 of 21 (33.3 percent), and extended a nine-point halftime lead to 17 points heading into the fourth. […] “We shored it up and did a better job in the third quarter,” said Popovich.

For the second night in a row, most of the San Antonio Spurs’ starters took in the fourth quarter from the bench, watching their reserves finish off a 103-83 win over the Memphis Grizzlies. […] The Spurs (16-4) carried a nine-point lead into the locker room at halftime, but the start of the second half signaled the beginning of the end for the Grizz (11-9).