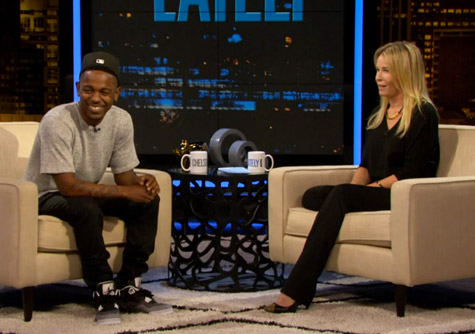 Before rapper Kendrick Lamar used to be jealous of Magic guard Arron Afflalo, K.Dot wanted to be Michael Jordan. While on a recent episode of E!’s Chelsea Lately, Lamar explained that his goals are still to be the greatest, but in a different game.

“Before music, I wanted to be Michael Jordan,” he said. “But I’m a small guy—I only grew to 5-6. I deferred my dreams to write in rhymes, and I pinned [that dream] somewhere else.”