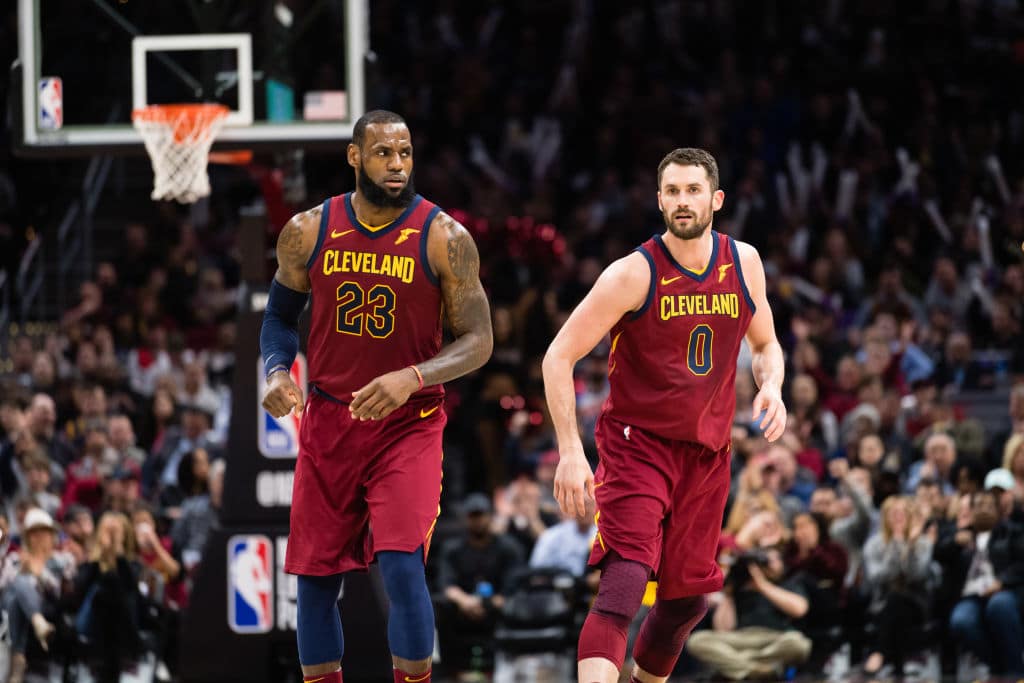 New story: Kevin Love sat down with ESPN and looked ahead at LeBron's future, while looking back at a tough season with the playoffs around the corner https://t.co/Eek13qEaXz

Love added, however, that what James ultimately ends up doing this summer is “out of mind right now.”

Cleveland is sitting in an unfamiliar 0-1 first-round playoff hole, but Love says they remain the team to beat in the Eastern Conference.

“It definitely could,” Love told ESPN on Friday. “But only one person knows what he’s thinking and that’s ‘Bron. I think at the end of the day, we would love to have a long run, but that’s going to be up to not only him but all of us. And you know I don’t mean only the players, but the coaching staff and everybody. I mean, really getting on board and, you know, sticking to our schemes and playing great basketball.

“So I think it definitely could affect it, but you know that’s, at least for me, out of sight, out of mind right now.”

Love was traded to Cleveland in the summer of 2014 after James made a personal appeal to him to accept a deal out of Minnesota. Love is aware that this could be his last hurrah alongside the future Hall of Famer.

“I think that’s in the back of the mind,” Love said. “I think it’s always something that is potentially on the mind. But I feel the same way about myself. It could be my last run, too, so you just never know. The unknown is something that you try to just put out of your hands for a certain amount of time. But, just go out there and lose yourself in it and everything will fall where it needs to.”