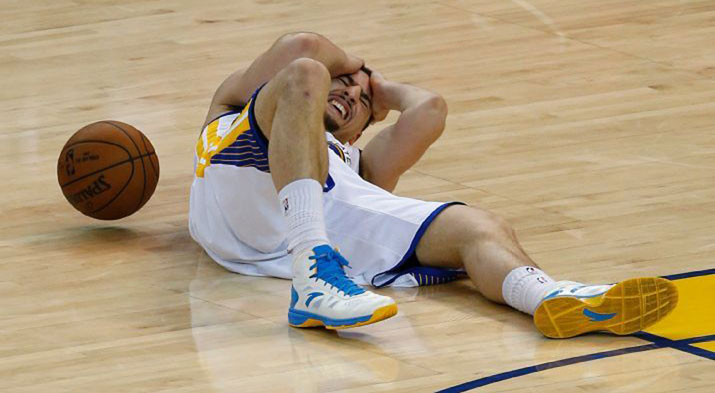 The second half of the Warrior’s Game 5 closeout win was not kind to Klay Thompson. He picked up his fourth and fifth fouls in the first three minutes of the third quarter, and caught a flying knee to the head almost as soon as he returned in the fourth. He needed four stitches to stop the bleeding in his right ear.