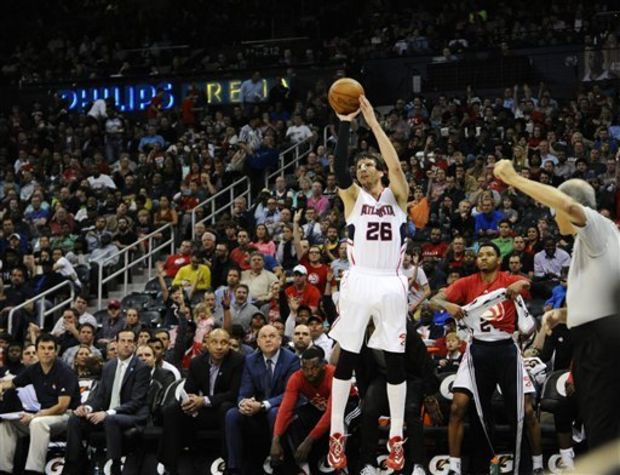 Kyle Korver’s protective facemask is no longer an issue for the dead-eye shooter: Korver erupted for 11 points in just over a minute Monday night, in the Atlanta Hawks’ 101-88 blowout of the visiting Milwaukee Bucks.

Korver’s third quarter explosion represented his only baskets of the game.

Kyle Korver finally fell in love with his mask, which is saying something because he has hated that thing, but the best part of his shift Monday night against the Milwaukee Bucks did not come upon the occasions where he said, “it saved me [and his broken nose].” No, the best part of his work came when he pretended like “it” wasn’t there.