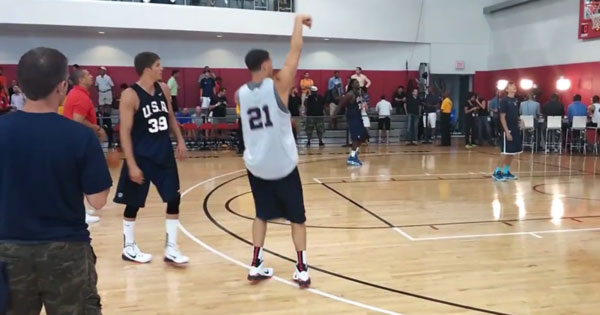 Kyle Korver and Klay Thompson, two of the NBA’s elite shooters, faced off for an impromptu three-point contest at USA Basketball training camp in Las Vegas. Who won, you ask?

Eventually as things settled down, LetsGoWarriors caught up with Korver, who gave the “thumbs up” sign when asked who had won the contest.

“Man,” the competitive Thompson said, shaking his head, “He beat me four out of seven spots.”