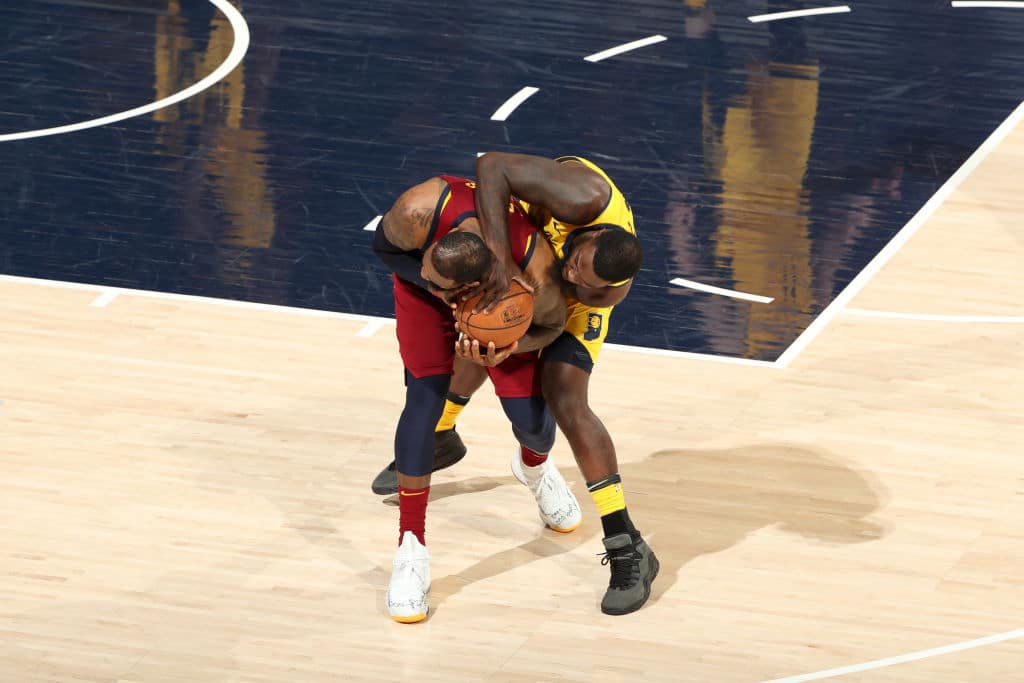 Lance Stephenson managed to bait LeBron James into a technical foul Sunday night in Game 4 of the increasingly-testy Cavs-Pacers first round playoff series, something James says he “should have never gotten.”

LeBron added, however, that he “should know better” when it comes to Lance’s antics.

James finished with 32 points, 13 rebounds and seven assists in Cleveland’s 104-100 crucial road win, which knotted things up with Indiana at 2-2.

“I should have never gotten a tech in the first place,” said James. “A timeout is called, this guy’s fouling me to my bench. I give him a little nudge and he falls to halfcourt. But I should know better. But I’ve been dealing with this since elementary (school). It’s like I tell you a joke, you laugh, you get caught. That’s what happened. Lance told me a joke. I a laughed. Teacher caught me. Now I got to go see the principal.”

James may have gotten in trouble, but he also got the last laugh. After Victor Oladipo made the technical free throw to put the Pacers ahead by three, James answered with a 16-foot bank shot after the timeout to pull Cleveland to within one. The a few minutes later, the Cavaliers went on a 10-2 run, and the Pacers’ offense sputtered down the stretch.

“He reminds me of when I played, when I first got in the league, guys were physical,” said Cavs head coach Tyronn Lue. “He’s going to be a physical player offensively and defensively. You love that physicality he brings. Sometimes they’re going to call it, sometimes they’re not. But we did a good job of playing through the physicality, playing through all whatever it is. But I like his style. He comes in, he plays hard, he plays tough. He’s not going to back down from anyone. That’s what you need on your team.”