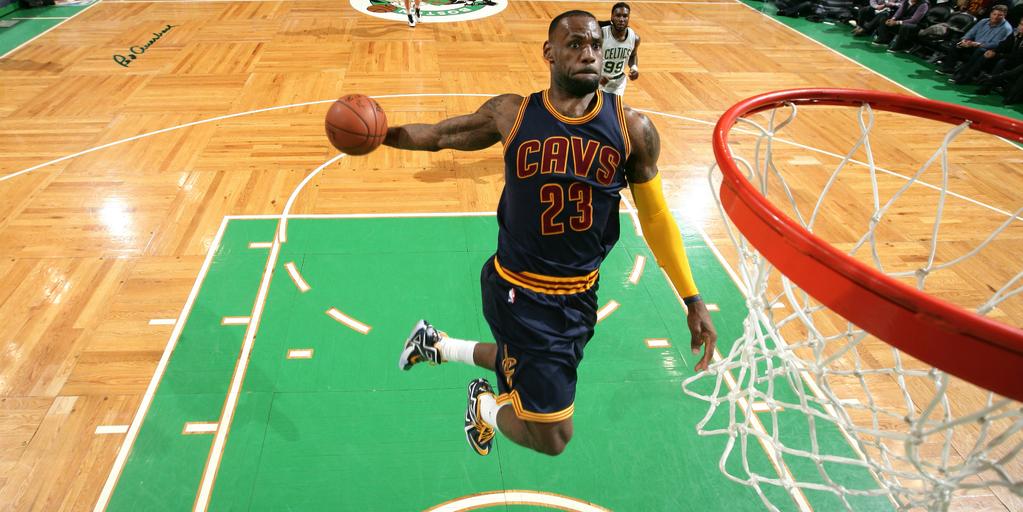 Led by LeBron James’ 31 points and 11 rebounds, the Cleveland Cavaliers pushed the Boston Celtics to the brink of elimination Thursday night with a 103-95 road victory in Game 3.

James delivered the play of the game by rejecting Evan Turner’s dunk attempt, and let him know all about it: “You tried,” LeBron hilariously taunted Turner.

It goes without saying that James isn’t the most beloved player in Beantown, but he knows how important for his “legacy” it is to play well there.

These fans still boo LeBron EVERY time he gets the ball

James scored 31 points, grabbed 11 rebounds, dished out four assists and recorded four steals. He blocked Evan Turner’s dunk attempt with 1:15 left and the Cavs ahead by six, and about 40 seconds earlier drew a charge on Jae Crowder for a turnover. […] Before the game Thursday, James spoke at length about his career of playoff highlights in Boston, including the 45-point, 15-rebound performance he turned in for the Miami Heat’s Game 6 victory here in the 2012 conference Finals.

With the Cavs’ Game 3 triumph in this first-round series now in the books, James is now averaging 28.7 points, 8.7 rebounds, and 5.8 assists in 13 career postseason games at TD Garden. His teams have now won four of those games. […] “It’s the same for me,” James said about playing in the Garden against this young Celtics team, compared with some of his memorable battles against the Paul Pierce-led Celtics of years ago. “I get great feelings, I get eerie feelings when I come in this building. I’ve been on both sides of the fences.

“Because (the fans) know the game, they know basketball. They know sports. It’s a sports town. Between them and the Patriots and the Bruins and the Red Sox, they know sports, so for me to be able to have some type of history in this city, it means a lot for, I guess, my legacy.”