LeBron James Dominates the Mavericks Without a Headband (VIDEO) 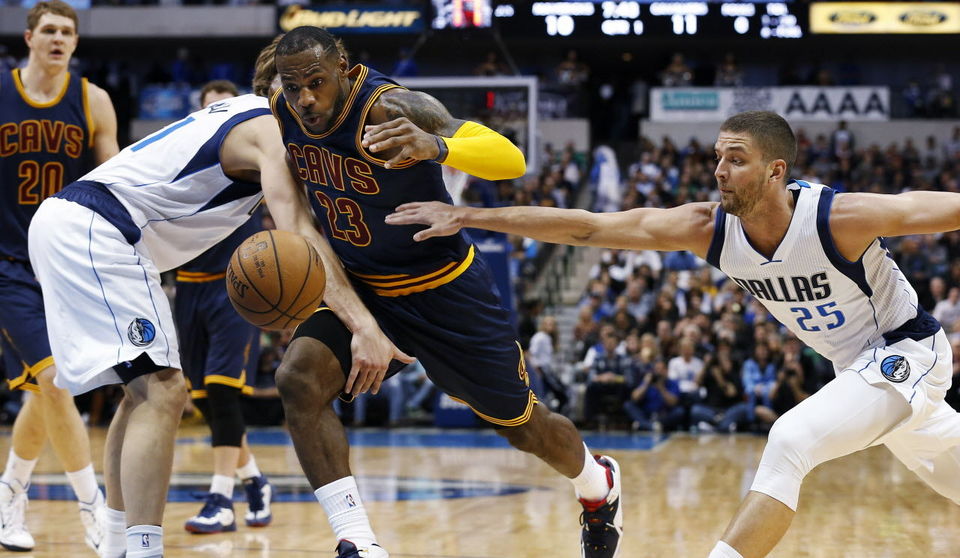 The Cleveland Cavaliers began a four-game road trip in dominant fashion Tuesday night, handing the Dallas Mavericks their worst loss of the season 127-94.

With that dish, @KingJames passes @Mark25Price as the all-time assists leader in #Cavs history. #AllForOne pic.twitter.com/JTOAVUvmmh

“I like the way we just approached the game,” James said. “We approached the game with a physical aggression mindset both offensively and defensively. We shared the ball and everyone felt in a great rhythm. Everyone. It resulted in a good win for us.”

“We just got to continue our habits and understand how important each possession is,” James said. “Just try to stay even keel and just move on to the next possession. We have to build that kind of mindset going down the stretch run going into the playoffs. There are so many emotions in the playoffs that a lot of guys haven’t seen but as a team, we can control that and it allows us to move on.”


“We kind of made them pick their poison,” Kevin Love said after finishing with 21 points and a game-high 14 rebounds. “We were playing downhill. We were kicking the ball out, we were playing inside out so it was a mix of everything and good balance tonight.”