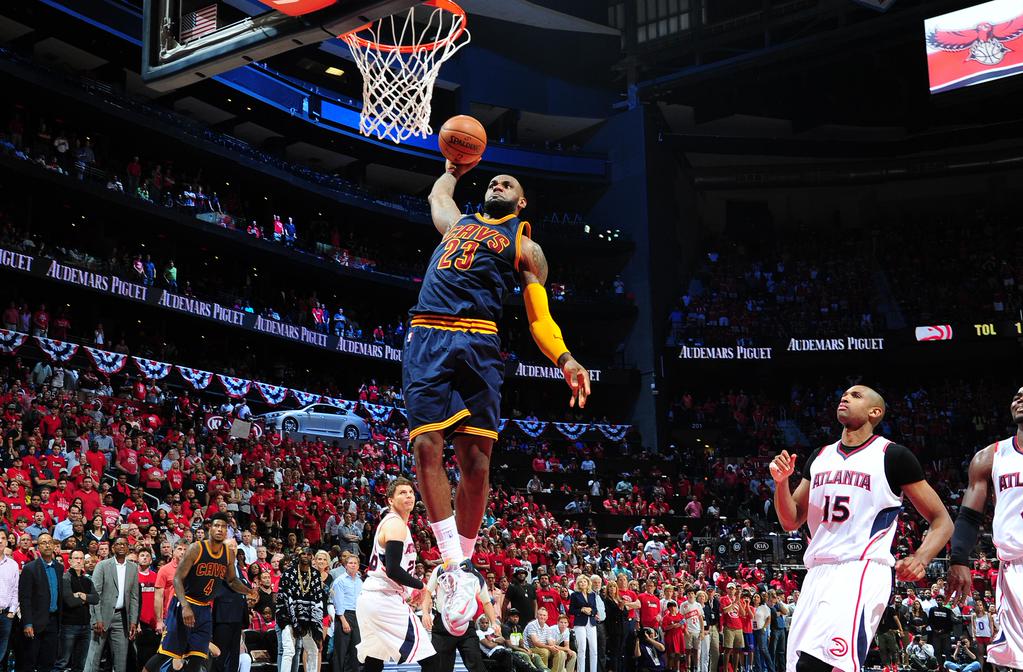 James shot 12 of 26 from the field, while grabbing eight boards and handing out six dimes.

With the Hawks threatening late in the fourth quarter, LeBron parted the seas and threw down a monster jam to effectively conclude matters.

The Cavs extended their lead to 18 points in the final quarter, but might have started to celebrate too early. They went almost four minutes without a point, more than six minutes without a field goal. Suddenly, the Hawks narrowed their deficit to four points, 91-87, on Kent Bazemore’s driving layup. […] James ended the drought with a driving dunk with 37.9 seconds remaining for a six-point edge.

James started limping noticeably early in the third quarter and asked to come out of the game (He stepped on a cameraman’s foot on the sideline.) He returned to finish with a game-high 31 points, eight rebounds, six assists and one steal. […] “He came in with a purpose today,” Blatt said. “He led his team, as he is wants to do in big games. He gave it to us on both ends. He was terrific, just terrific.”

Cavs guard Kyrie Irving managed to play just 27 minutes. […] “I tell him not to worry about the things he can’t control,” James said. “He can’t let it bother him mentally.”