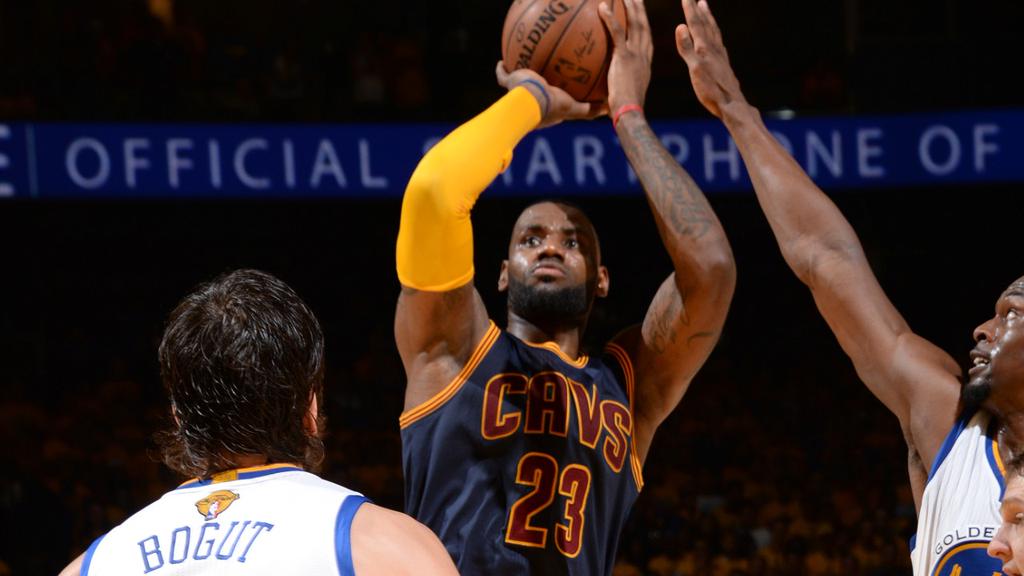 Despite a massive game from LeBron James—44 points, 8 rebounds and six dimes Thursday night—the Cleveland Cavaliers went down 108-100 to the Golden State Warriors in Game 1 of the NBA Finals.

To make matters worse, Kyrie Irving aggravated a left knee injury midway through the overtime session, and left the arena on crutches.

LeBron said the Cavs had plenty of opportunities to steal the series opener, but that they couldn’t capitalize.

LeBron: "We had a lot of miscues tonight. … We had so many opportunities to win this game and we didn't." pic.twitter.com/utZVjdDxLx

Game 2 of the Finals is set for Sunday night in Oakland.

James scored 44 points and it still wasn’t enough. His final shot of regulation was not a high-percentage shot – he certainly could’ve created a better look for himself – but James isn’t the reason the Cavs lost this game. […] The Cavs lost because only three players – James, Irving and Timofey Mozgov – scored over the game’s final 29 minutes. The Warriors’ bench outscored them 34-9 and J.R. Smith accounted for all 9 of those points (in the first half) on a miserable 3 of 13 shooting night (3 of 10 from 3). That’s the thing with Smith. He’ll have nights where he makes 6 of 8 3s, including some with a hand in his face while he’s falling out of bounds, and he’ll have nights like this when nothing is going down regardless of how many open looks he gets.

“They were pretty much playing me to take jump shots,” Smith said. “I have to do a better job mixing it up and taking it to the basket, creating plays for others and my shot is fine.” […] The Cavs devolved into four guys standing around and waiting for James to make a play. They had good success hitting Mozgov on pick-and-rolls, but if he is your third scoring option in the Finals, it’s going to be difficult to win at all.

That’s why the Warriors had fresher legs in the overtime session when the Cavs were clearly exhausted. James played 46 minutes, Tristan Thompson played 47 minutes and Irving played 44 minutes. None of them, however, were very effective in overtime. […] “They only play seven guys,” Warriors center Andrew Bogut said. “It kind of worked to our advantage for it to go to overtime.”