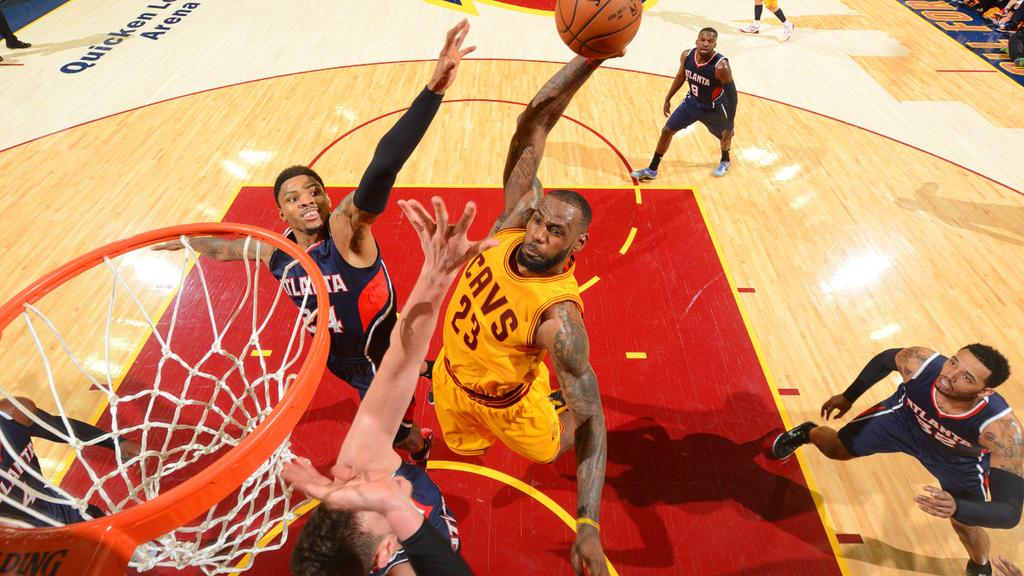 Despite missing his first 10 shots, LeBron James pulled off a stunning (and exhausting) triple-double (37-18-13) and led the Cleveland Cavaliers to a commanding 3-0 series lead, as they took down the reeling Atlanta Hawks 114-111 in overtime Sunday night.

.@KingJames just passed @RealJasonKidd for the 2nd most triple-doubles in playoff history! pic.twitter.com/EBVumFhJJY

Cleveland will have a chance to close out the Eastern Conference Finals series Tuesday night and move on to the NBA Finals.

James doesn’t talk about the rings much and he never really wears him. He told his teammates he keeps them locked away in a safe. But he brought them out last month to show the postseason rookies what they’re about to embark on and why they’re doing this. Now they’re closing in on the chance to play for a ring of their own. […] The Cavs have won 11 of their 13 playoff games since James showed off his rings. They’re within one victory of their second sweep of the playoffs, and more importantly, their second NBA Finals trip in franchise history. To the surprise of no one, James is a big reason why.

James was sensational Sunday and was even able to fight through some late-game cramping. Even he said it was reminiscent to Game 1 of last year’s Finals when the AT&T Center overheated and James couldn’t finish the game because of cramps. It’s fair to wonder how much longer he could’ve played if either of Shelvin Mack’s 3-pointers in the final seconds of overtime would’ve forced these teams to keep going. […] “I play to exhaustion,” James said. “Sometimes the body just kind of shuts down at times and that’s what happened tonight at one point.”

James asked for a sub at one point, then changed his mind and played through it. “I wouldn’t have felt right about the situation win, lose or draw if I’d have went to the bench and not been out there for my teammates,” he said. “So it was mind over matter at that point.”