LeBron James Leads the Cavaliers to a Sweep of Boston (VIDEO) 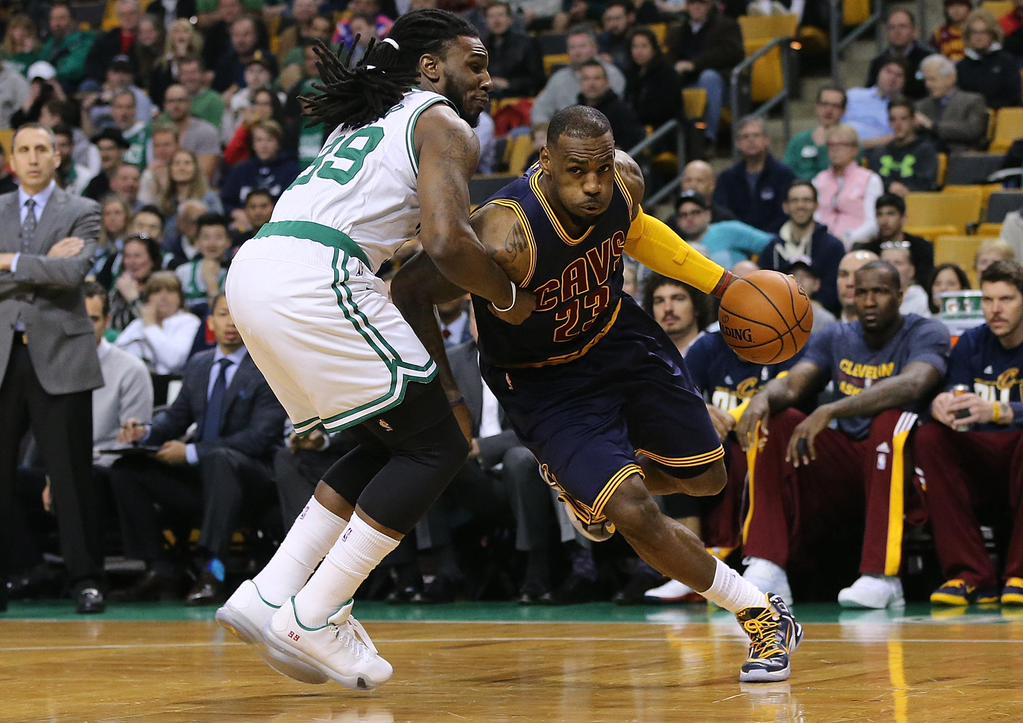 The Cleveland Cavaliers are moving on to the second round of the Playoffs, but for a team that just waltzed through a sweep of the Boston Celtics, the mood in the Cavs’ locker room Sunday wasn’t exactly jovial.

Kevin Love is out with a left shoulder injury, and J.R. Smith could be facing a suspension for his pimp-slap of Jae Crowder in Game 4.

LeBron James scored 27 points, grabbed 10 rebounds and handed out 8 assists as Cleveland put away the C’s 101-93.

“We’re sitting with the possibility of one of our big guys out, probably,” LeBron James said, resigned to the fact the Cavs will be without Love. And if the (reported) two-week timeline holds, he’ll likely miss at least the first four games against the Bulls.

The tone throughout this series has been how physical the Celtics have played the Cavs, but the players and David Blatt kept dismissing it as nothing more than typical playoff basketball. No one can say that anymore. […] There was Kelly Olynyk’s takedown of Love, Kendrick Perkins flattening Jae Crowder on a screen and finally J.R. Smith crushing Crowder with a blow to the jaw. If the league decides Smith hit Crowder with a closed fist, it could be awhile before we see Smith on the court again. His history certainly is going to play into this. Smith has been suspended for seven games in his career (including one playoff game) and fined nearly $500,000, according to sportrac.com data.

The loss of Love is also complicated. Tristan Thompson is the obvious choice to start, but Thompson and Timofey Mozgov together clogs the paint and seals off driving lanes for LeBron James and Kyrie Irving. That makes James Jones a candidate to start as well, but Jones can’t duplicate Love’s rebounding ability.