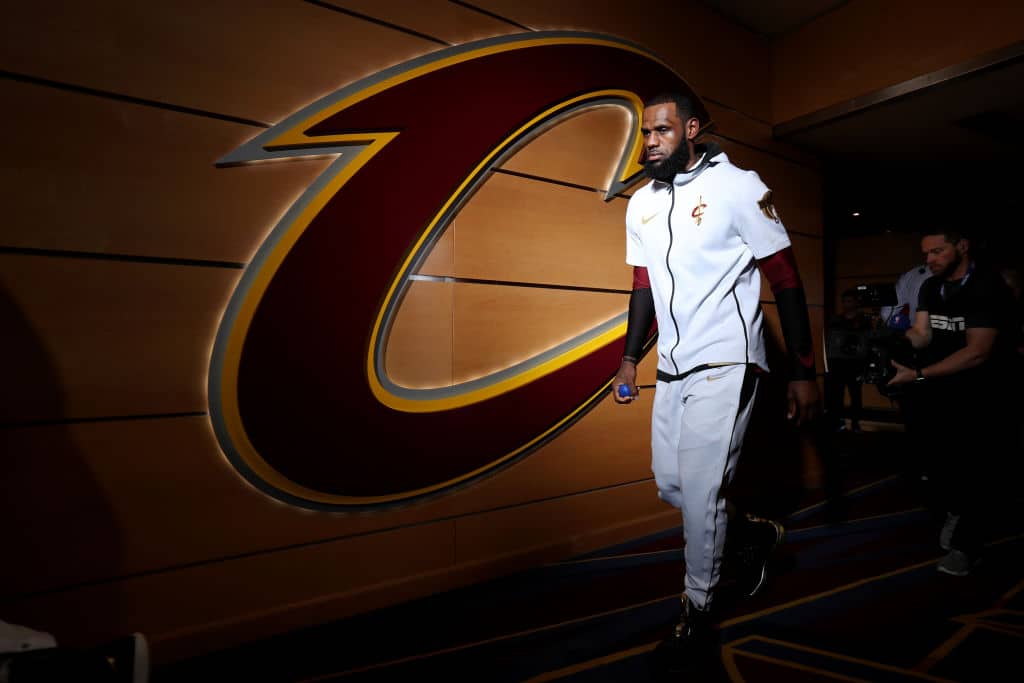 LeBron James left Northeast Ohio for the second time Sunday night, and says it will “always be home.”

LeBron thanks Northeast Ohio on his Instagram story pic.twitter.com/AFlgrp5HXa

The city of Akron thanked its favorite native son, and the Cleveland Cavaliers put out a classy message from team owner Dan Gilbert vowing to eventually retire James’ #23 jersey.

Akron knows that @KingJames is the greatest just as much for what he does on the court, as for what he does off it. From the bottom of our hearts, thank you for all you did and continue to do for our great city. Always #JustAKidFromAkron pic.twitter.com/Nw7iFOggpf

"We look forward to the retirement of the famous #23 Cavs jersey one day down the line." – Cavs owner Dan Gilbert pic.twitter.com/JwEDOczmts

The Cavs could have given James a five-year, $207 million contract — so he’s leaving $54 million on the table to go to Los Angeles — where he has a home.

[Koby] Altman spoke to James and [Rich] Paul by phone at 12:01 a.m., and Paul sat later with the 76ers. Lakers president Magic Johnson met with James and Paul at James’ home not long after the call with the Cavs. James’ contract with the Lakers includes a player’s option for the final year.

His best statistical season was the last, where his 27.5 points were the most since 2010 (an ominous sign, it turns out) and he tied a career high with 8.6 boards and set a new best with 9.1 assists. He was the runner-up for NBA MVP and was the All-Star MVP for the game in…you guessed it, L.A.