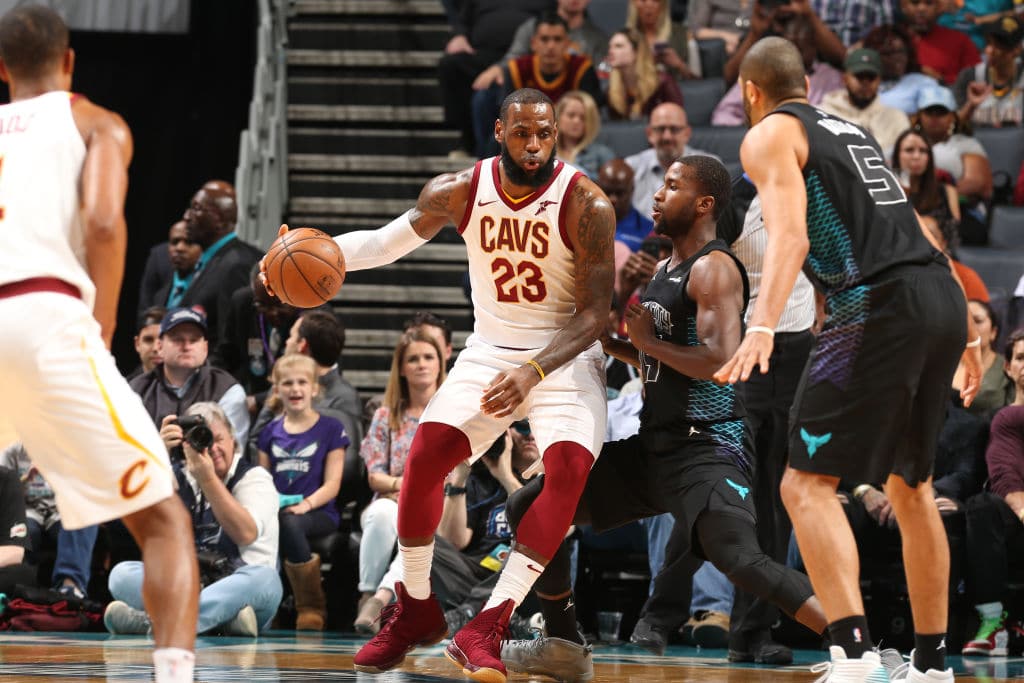 LeBron said he was “appreciative and humbled” by the historic feat.

“I can’t tell you how I’ve been able to do it,” James said. “Any time I’m mentioned with some of the greats, and arguably the greatest basketball player of all-time in Mike, it’s just another feat for me to be just appreciative and humbled by what I’m able to do.”

Although the game got away from the Hornets in the fourth quarter, there was still the matter of Kemba Walker attempting to pass Dell Curry as the franchise’s career scoring leader. After a sluggish three quarters, Walker scored 11 points in the fourth, including a reverse layup with 20 seconds left to break Curry’s mark of 9,839 points.

“Listen, if you can be the all-time leading scorer in any franchise, that’s incredible,” James said. “That’s an incredible feat. I definitely went over and just told him how incredible that was. Even though with the season that they’re having, when accomplishments happen throughout the season, you try not to take them for granted. I think it’s an incredible feat for him.”