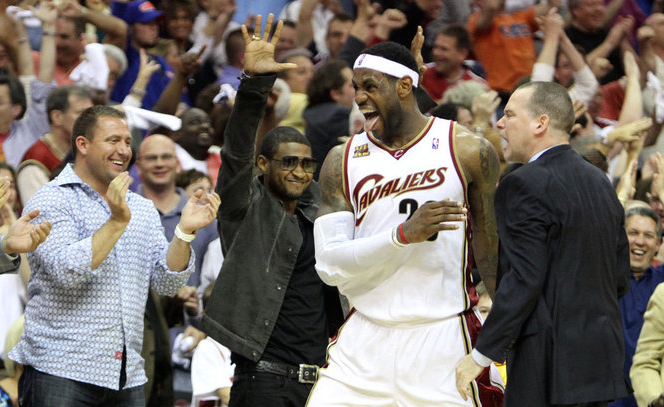 Romeo Travis, a former high school teammate of LeBron James and one of his closest friends, is currently hooping overseas. To document his journey, he’s been filming a series of videos called “Shootin’ the Sh*t.”

Our friends at Ballislife hipped us to the latest episode, in which Rome speaks on LeBron’s decision to leave Cleveland for Miami—saying neither he nor the city of Akron blames King James for the departure. At one point, he even compares “The Decision” to Usher’s album “Confessions.”

Can you see the metaphor or nah?