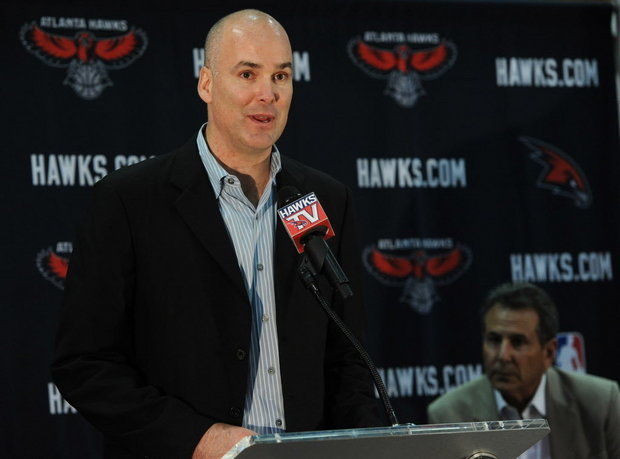 The Atlanta Journal-Constitution has obtained an audio recording of Hawks GM Danny Ferry making racially-charged comments about Luol Deng during his free agency this summer.

The story was originally that Ferry was simply reading a scouting report, but even in the choppy audio, it seems pretty clear that those are Ferry’s own words.

The Hawks have disciplined their general manager internally, but no action regarding his employment has been taken. This latest revelation puts all of that into question. Per the WaPo:

During the nearly two-minute portion of the hour-long conference call which occurred on June 6, Ferry said, “He’s a good guy overall … but he’s not perfect. He’s got some African in him. And I don’t mean that in a bad way.”

An individual on the call, believed to be Hawks co-owner Michael Gearon Jr., then states, “That’s going to be on TMZ tomorrow.”

Some other people on the call can be heard laughing, but Ferry continues. “He has a storefront out front that’s beautiful and great but he may be selling some counterfeit stuff behind you. And when I say that I mean, for example, he can come out and be an unnamed source for a story and two days later come out and say, ‘That absolutely was not me. I can’t believe someone said that.’ But talking to reporters, you know know it’s him.

“He can be a lawyer in the locker room when the coach is not around, but when the coach is around he’s the greatest guy in the world,” Ferry continued. “In Chicago, they would tell you that he was good for their culture but he was not a culture setter. He played hard and all those things, but he was very worried about, you know, his bobblehead being the last one given away that year, or there was not enough stuff of him in the team store. He’s kind of, a little bit of a complex guy.”