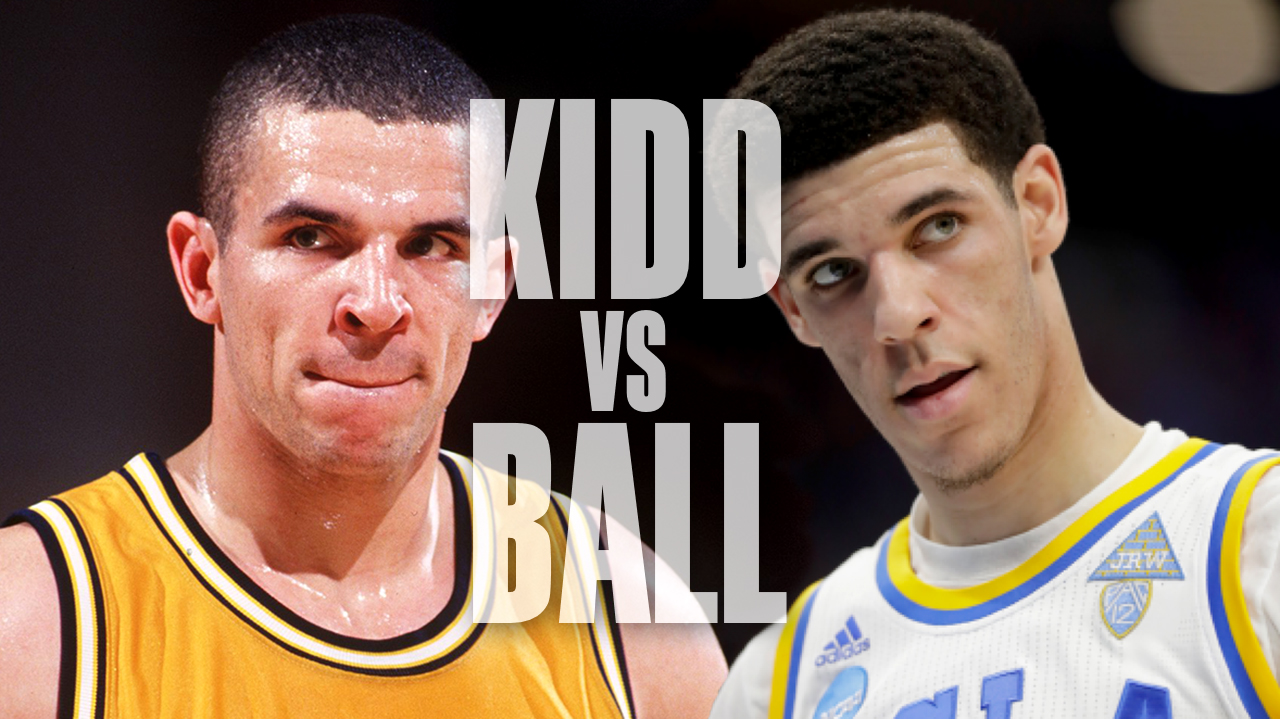 When you look back at Jason Kidd‘s college highlights at the University California (when Kidd’s athleticism was at its peak), the comparison to UCLA’s Lonzo Ball seems pretty legit.

Both have a sixth sense for setting up their teammates and are not afraid to take it to the rim and dunk on people. Both thrive when pushing the pace and playing in the open court.

Accolade-wise both were named California Mr. Basketball in high school, and won national Freshman of the Year and led their school to the Sweet 16.

Lonzo could also follow Kidd as the No. 2 overall pick in the draft come June.

But the comparison also has its flaws. Ball’s defense is a work in progress, while Kidd’s was excellent even in college. In addition, Lonzo’s shooting is more polished than Kidd’s was at the same age.

Let us know what you think. Does Lonzo Ball’s game compare favorably to Jason Kidd’s at the same age?