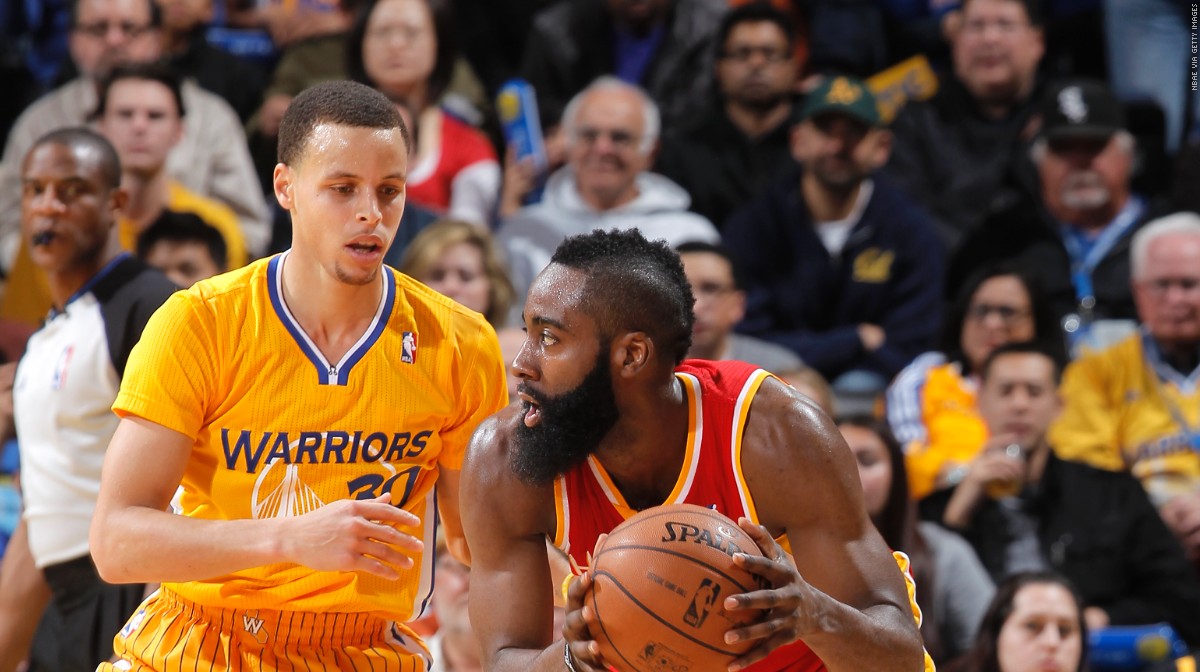 Stephen Curry and Mark Jackson became extremely close during their time together in The Bay—Curry went to bat publicly for his coach to keep his job before he was eventually canned last season—but Jackson wouldn’t give his MVP vote to his former star guard.

The question is not who do I Want to win the MVP!! 4 guys deserve strong consideration! #NoWrongAnswer

The Warriors’ ex head coach says James Harden has meant more to the Houston Rockets this season, and that he deserves the League’s highest individual award.

The Warriors are more than fine. Under (Steve) Kerr’s leadership, they are (62-13) and have wrapped up the No. 1 seed in the Western Conference.

Curry supplanted LeBron James as the leading All-Star vote getter, won the 3-point shootout at All-Star weekend and has become a household name. He is considered by many to be the leading MVP candidate. But despite the fact that Curry stuck his neck out to defend Jackson, his former coach would not vote for him for MVP.

“I think there’s four guys in the discussion in LeBron, (Russell) Westbrook, Curry and Harden,” Jackson said Thursday morning on “The Dan Patrick Show.” “If you twisted my arm today, I would probably vote for James Harden. And the reason why is because he singlehandedly has put that Houston Rockets team in position that they’re in today. […] “It’d be tough. I think Steph Curry, I’m totally fine with, obviously, he’s my guy. I’m fine with selecting him. The season that he’s had has been incredible. Westbrook with 10 triple-doubles and carrying that team, injury prone, into the playoffs. LeBron being the best player in the world. But I think right now I would go with James Harden for what he’s done. And he’s stepped up his game defensively. He’s not a great defender, but he’s competing on the defensive end.”