Marreese Speights With the Poster Dunk on Glen Davis (VIDEO) 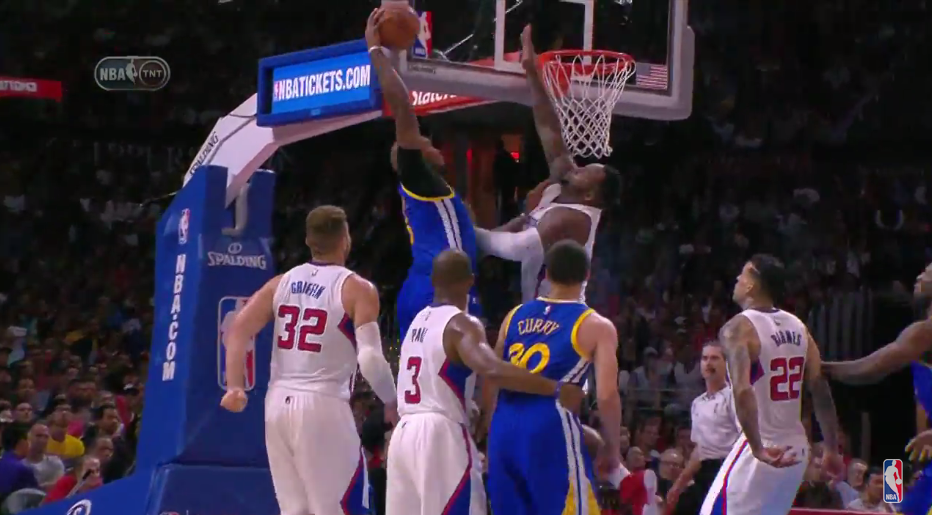 After getting by Blake Griffin with a deft head fake, Marreese Speights attacked the rim and dunked on Glen Davis.

Big Baby, what were you thinking?

“We’re at Staples,” Warriors coach Steve Kerr said. “It’s the Clippers. That’s what competitors do. Tonight was a playoff game. You could feel it.”

But the Warriors kept coming, and by the end of it, Stephen Curry was hitting two game-sealing free throws with 11.6 seconds left as Warriors fans at Staples Center began chanting “MVP.”

Curry finished with 27 points and also executed a play to remember. […] “I thought I could make a move back to the basket and somewhere that creativity inbetween — doing that double-move or whatever — and as soon as I saw him go down, I knew I had to shoot it,” Curry said. Those are kind of cool moments, and thankfully the shot went in.”