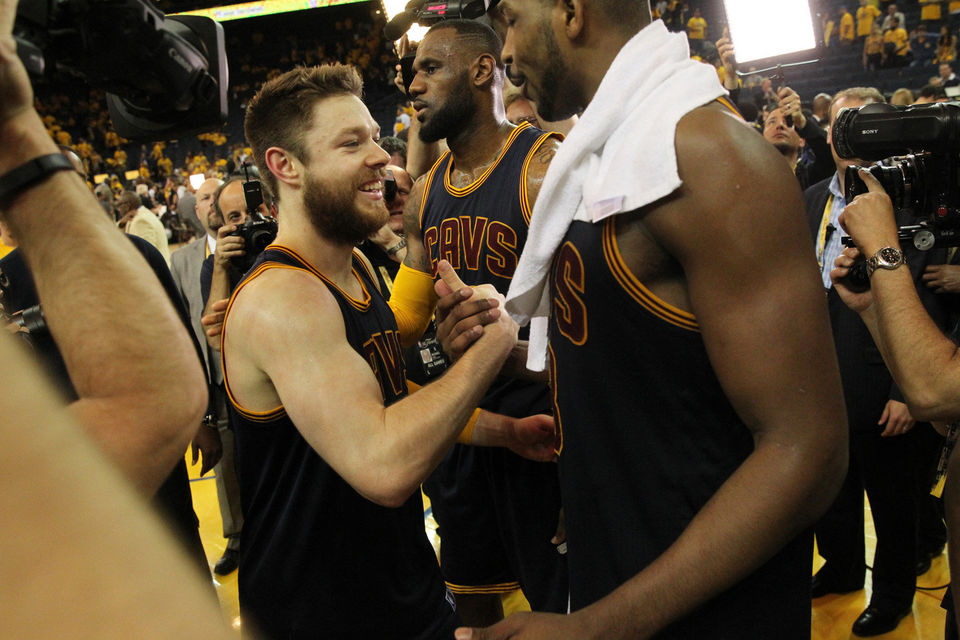 No Kyrie Irving, no problem.

Cleveland Cavaliers backup point guard Matthew Dellavedova took over for his injured teammate, and did an outstanding job helping Cleveland stun the Golden State Warriors 95-93 in Game 2 of the NBA Finals.

Delly’s numbers weren’t anything spectacular—9 points and five assists—but he did all of the little things to help his team win, and put the clamps on Stephen Curry in 42 minutes of action.

Dellavedova on his late-game free throws: "That's the classic thing you practice when you're growing up." pic.twitter.com/G7bOli8r4N

Just asked LeBron if he was saving Dellavedova a seat on the bus. He laughed & said: "I'm never going anywhere without Delly again."

Q: What was your key to stop the best shooter in the NBA tonight? […] MATTHEW DELLAVEDOVA: “I think it’s just a team defensive cover. Everybody has to be alert the whole game because if you lose him for a second, he’s going to get a good look. Even if you play good defense, he’s going to hit some tough shots, so you’ve just got to keep defending him and just make it as hard as possible.”

Q: Delly, as you continue to play well in these Finals in the playoff series, there are a lot of critics and skeptics out there who doubt your game. Is that a part of the motivation for you to prove them wrong? […] MATTHEW DELLAVEDOVA: “I mean, I don’t really pay attention to anything outside of the locker room because none of that stuff really matters. As for the motivation part, it’s the NBA Finals, and if you need to be looking for extra motivation, you probably shouldn’t be playing.”

Q: LeBron (James) said that his confidence and his teammates’ confidence in you gives you so much confidence. What’s it like to go against Steph Curry, the MVP, on the biggest stage of all and hold him without a basket, without a point, when you’re his primary defender? […] MATTHEW DELLAVEDOVA: “I mean, I think as a team we have a collective confidence that we can still win and still get the job done. I think we developed that at the end of the Chicago series, and then the Atlanta series. So I think we have good cohesiveness on offense and especially on the defensive end.”