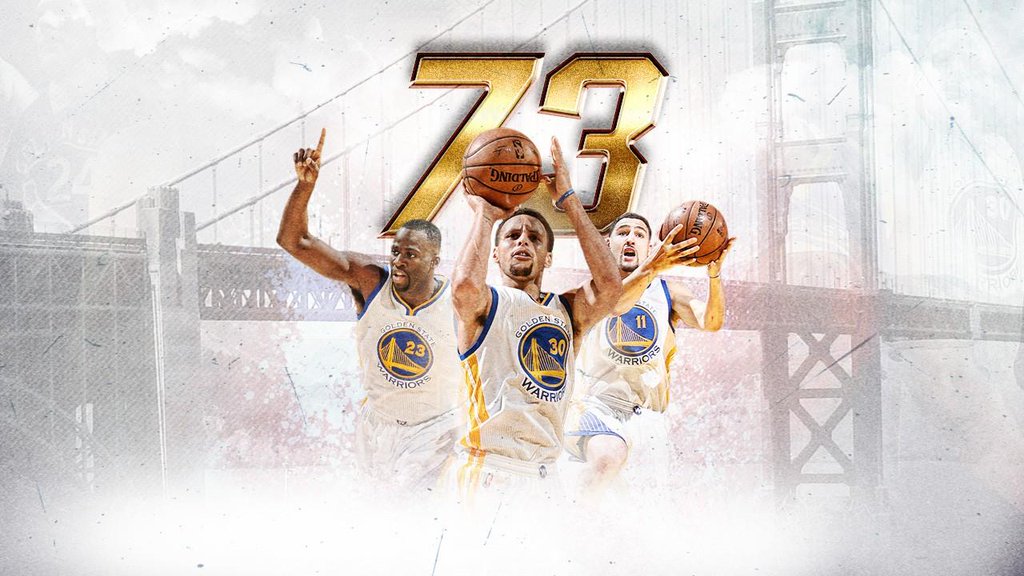 The Golden State Warriors’ march into the history books would not be interrupted Wednesday night, as they trounced the visiting Memphis Grizzlies 125-104 for their record-setting 73rd regular season victory.

Stephen Curry capped off his second consecutive MVP season by passing the 400 three-pointer mark and finishing with 46 points for his first NBA scoring title.

Michael Jordan sadly didn’t go with the crying MJ meme, instead opting for a gracious congratulatory note for the Dubs who topped his 1995-96 Chicago Bulls’ 72-10 record.

Congrats to the @Warriors, a great group of guys on and off the court. If somebody had to break the Bulls' record, I'm glad it's them.

Down to their final chance at the record, the Warriors became the first 73-win team Wednesday night by beating the Memphis Grizzlies 125-104, breaking what many considered an unmatchable mark set 20 years ago by Jordan’s Chicago Bulls — oh, and Golden State coach Steve Kerr, too. […] “It’s a great way to finish off what was an amazing regular season,” Kerr said. “I just told our guys I never in a million years would have guessed that that record would ever be broken. I thought it was like DiMaggio’s hit streak, really. I was wrong, but I will say the same thing now that I said 20 years ago, ‘I don’t think this one will ever be broken.’ Somebody’s got to go 74-8. I don’t see it, and I hope our fans aren’t expecting that next year.”

Curry achieved yet one more shooting milestone, becoming the first player to make 400 3-pointers in a season by knocking down 10 from long range on the way to 46 points and 402 total 3s. Golden State saved one last record for the closing day of the regular season, and did it for a roaring, sellout home crowd at Oracle Arena. Yet these Warriors want nothing more than to build off their remarkable run so far and ride it to another title. […] “Who knows how far we can take this thing?” Curry said.

Draymond Green had 11 points, nine rebounds and seven assists as defending champion Golden State (73-9) topped the Jordan-led 1995-96 Bulls who went 72-10. […] “It means I’m part of the best team ever,” Green said later, still palming the game ball. “Not many people can say that — 15 guys can say that, and that’s amazing.”