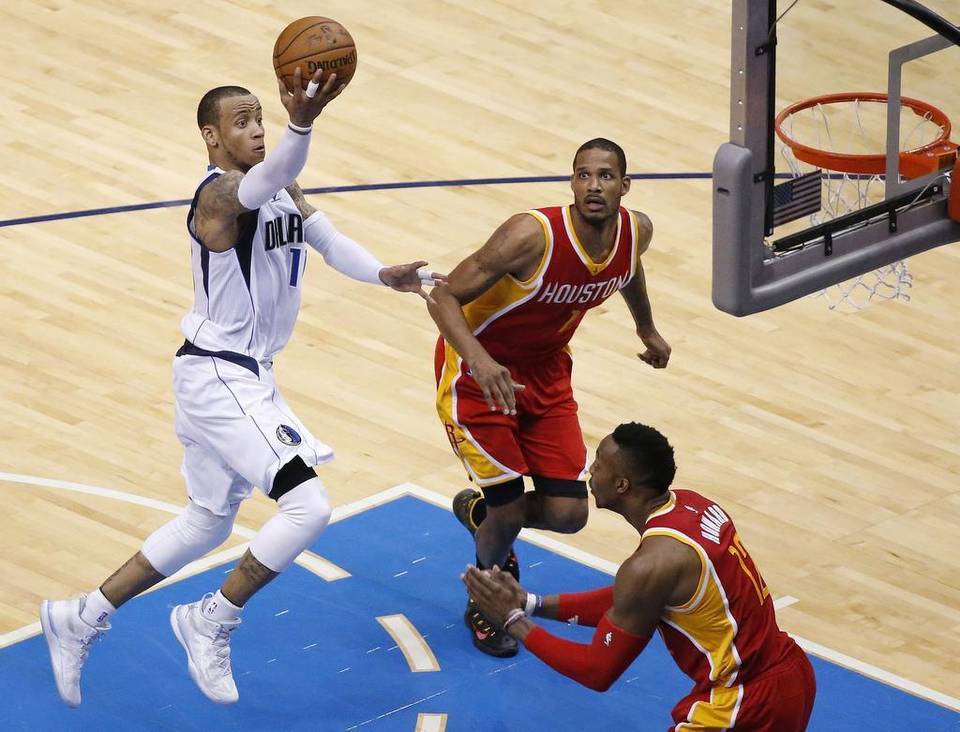 The Dallas Mavericks lived to see another day following a resounding 121-109 win Sunday against the Houston Rockets … now they just have to do it again three more times.

Monta Ellis dropped 31 points on 13 of 21 shooting, and chipped in six rebounds and three dimes.

Not wanting to be fined again, Mavs head coach Rick Carlisle cleverly placed a piece of tape over his mouth while discussing the refs in his postgame comments.

With the victory the Mavs trail this best-of-seven series 3-1. So they still have a ton of work left if they plan on becoming the first team in NBA history to overcome a 3-0 deficit and win a best-of-seven series. […] “Anything is possible,” guard Monta Ellis said. “Just got to take it one game at a time.”

Ellis (31 points), guard J.J. Barea (17 points 13 assists) and forward Al-Farouq Aminu (16 points, 12 rebounds) carried the load for most of the night for the Mavs. […] Then when they needed their trusted veteran, Dirk Nowitzki, to toe the line and drag them to the winner’s circle, the 17-year veteran scored 10 of his 16 points in the final 8:49 after Houston had climbed to within 96-84.

“The biggest thing was keep attacking, when we get to the paint, attack attack, attack and get stops on defense that we needed,” Ellis said. “It was great, total team effort, all the way to the last man on the bench. We were down 10, kept our composure, go play-by-play, get stops when we need. The biggest thing the whole season was the third quarter, and we did an excellent job to start the third and finish the game out.”