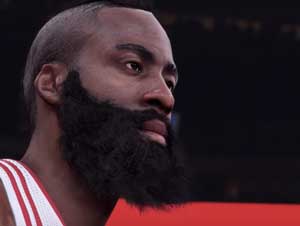 NBA 2K16 is coming—get pumped. To hold you over until the official release date of September 29, 2015, check out the video featuring James Harden up top. Narrated by Spike Lee (similar to the Stephen Curry video released earlier this week), the video gives a preview of the actual game. This is the second part of a series of three videos sharing the stories of each 2K16 cover athlete. One more to go!