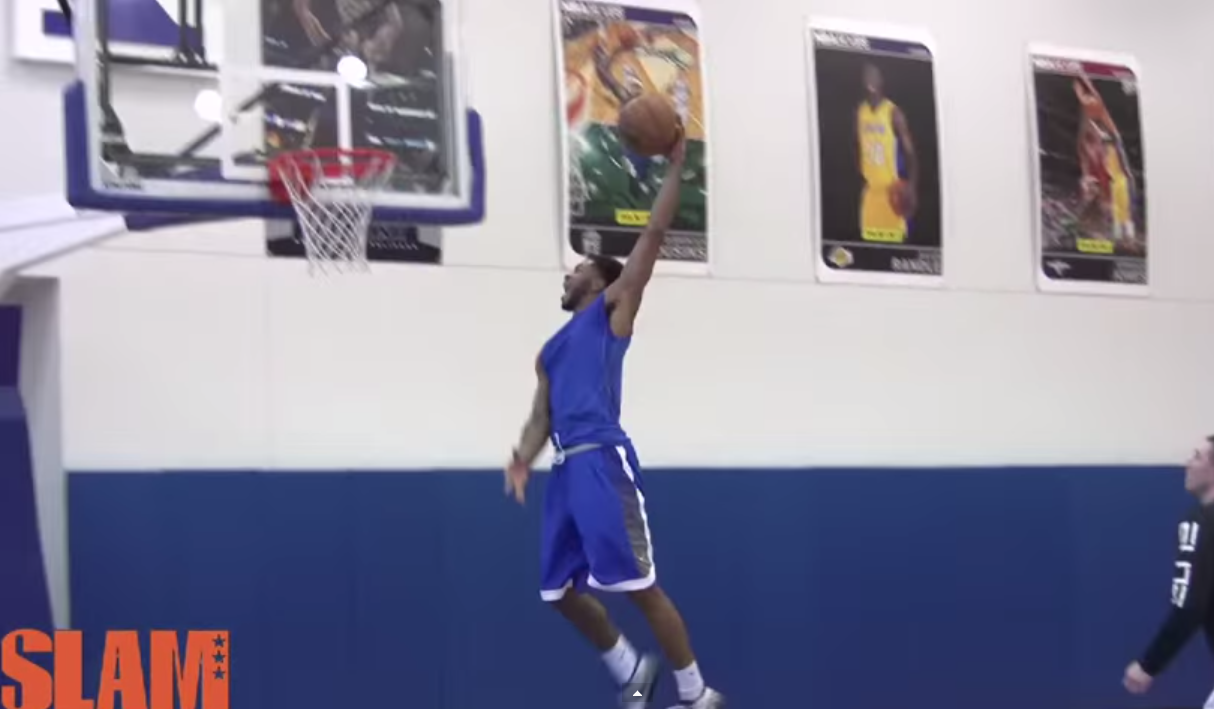 When elite players commit to Kentucky, they know that they are going to have to accept for a different role. With the vast majority of the Wildcats being five-star recruits coming out of high school, guys sacrifice their personal numbers for the ultimate goal of winning a national title. A consensus top-10 recruit, Andrew Harrison was one of those guys.

From the time that he dominated JV as a freshman (many UIL schools opt not to allow freshman to play varsity) at Strake Jesuit in Texas, Andrew Harrison played alongside his brother, Aaron. They both averaged triple-doubles at Strake before transferring to Fort Bend Travis (Fort Bend, TX). They both went to Kentucky together and both opted to enter the NBA Draft after their sophomore years. Working out with Jeff Pagliocca of Evolution Athletics, their workouts couldn’t have been any more different.

Given the fact that Andrew is a point guard and Aaron will be a two at the next level, Pagliocca felt it was essential for the two to have completely different plans leading up to the Draft. While Aaron did a workout that was focused on footwork, Aaron’s was focused on creating his own shot off of the dribble and improving his consistency on his J.

“We’re spending a ton of time on him getting into his shot quick because he’s so effective from mid-range,” his trainer explained. We’re doing a ton of screen-and-roll reads because he’s a big, physical guard. He’s going to need to keep people on his hip to be effective. He can change speeds extremely well and when he’s headed down hill, he’s extremely tough to stop.”

Simulating countless variations of pick-and-roll reads, you could see that Andrew has the ability to make some of the reads that are essential to running high ball screens. Placed in situations where pick-and-rolls were “downed” and “iced,” you could see the potential that he has to convert over the top of the D with his size, strength, and creative finishes. At nearly 6-6 and 213 pounds, you honestly don’t realize how big he is until you see him in the flesh.

“I’m shocked at how strong he was physically. A lot of the work we do is me really getting into him,” Pagliocca admitted when asked what surprised him the most. He changes speeds much better than I thought and his mid-range game was very strong.”

Shooting has been a significant concern with Andrew throughout his career. He shot 37 percent from two and 38 percent from three this past year. A threat from beyond the arc, the 20-year old’s biggest problems weren’t about his ability to hit shots, but moreso his shot selection itself. In the workout, he was fine shooting the ball from beyond the NBA line. During the season at UK, there were a number of times in which after not having shot the ball for a while, he’d come down and pull a contested jumper. Coming into the league as a bubble first-rounder, that’s something that will have to be improved upon if he hopes to get burn from day one.

Shot selection aside, Harrison’s package of size, defense, and ability to create for others will land him on an NBA roster next year. He stepped up and showed that he wasn’t afraid to compete at the NBA Combine this past week in Chicago and has been in the gym since the ball stopped bouncing against Wisconsin in the Elite 8. As if his resume in college weren’t enough, his trainer (who has worked with the likes of Evan Turner, Will Bynum, and Luol Deng) is convinced that he’ll be just fine at the next level.

“You’re looking at a big, physical guard who can jump. Andrew is very good in screen-and-roll, and plays at his own pace. It’s hard to speed him up. He’s a big body who can see over the D with his size. He will put pressure on the defense with that passing. He’s going to command a lot of attention once he gets in the paint with that body.”