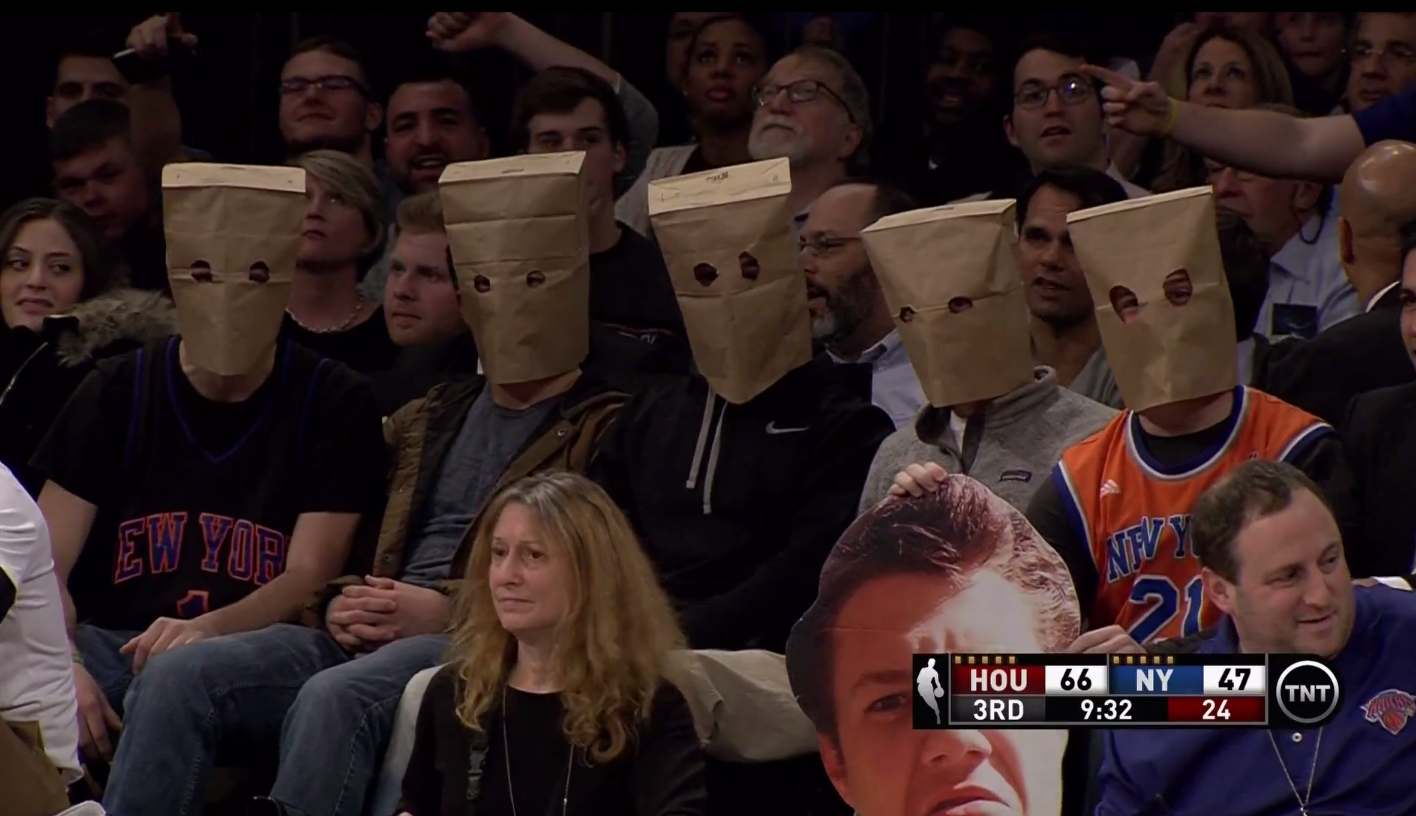 During the third quarter of the Houston Rockets’ 120-96 beatdown of the hapless New York Knicks Thursday night, TNT cameras spotted a row of Knicks fans rocking paper bags over their heads, the universal symbol of shame when rooting for an awful team.

For reference – these guys have the same seats as Knicks owner James Dolan. pic.twitter.com/hmTBhRm8Od

The Knicks have now lost a franchise record 14 straight games, and things are bleaker than ever at Madison Square Garden.

The Knicks lost to the Rockets, 120-96, Thursday night, extending their single-season franchise record to 14 consecutive losses, their home skid to 11 straight and defeats by double digits to seven in a row. They dropped to 5-34 with their 24th loss in 25 games.

(Phil) Jackson attended a home game for the first time since Christmas and the first time since he began tearing down the roster. He traded J.R. Smith and Iman Shumpert to Cleveland on Monday in a three-team deal that brought the Knicks three players whom they waived. […] The Knicks president has yet to talk to the media about the trade that signaled the Knicks are looking to next season. They created salary-cap room for this summer, when they hope they can really begin the path to becoming a contender.

“It’s not easy to build a team,” (Derek) Fisher said before the game. “So I think going forward, there’s always that balance you’re trying to find between talent and character, mental toughness, physical toughness, experience, coachability, all of the different factors. And there’s no guarantee it all works out even after you do all that assessment. So it’s not easy to do it, but our coaching staff as well as the people we have in the front office, we’re confident as we go forward that we’ll be able to find the right guys to build.”