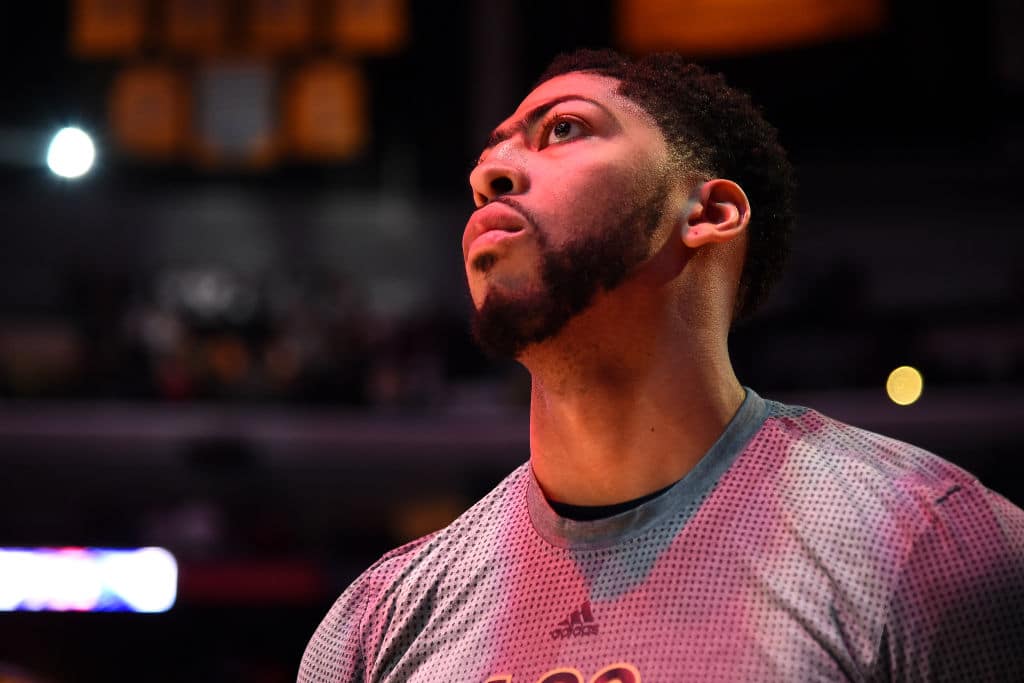 Paul Pierce is convinced that the Pelicans will look to move all-world superstar Anthony Davis “if things don’t go well” in New Orleans next season.

Pierce can envision the Boston Celtics or Los Angeles Lakers making a run at AD in 2018-19.

Anthony Davis is reportedly changing agents…to work with Rich Paul. Who also represents LeBron. Is that Something, Nothing or Everything?
Also: Lonzo's new shooting motion and @PaulPierce34 says he's got a better chance at an NBA comeback than Andrew Bynum 😬 pic.twitter.com/BfosnF2anY

He has three years remaining on his current deal with the Pels.

“If things don’t go well in New Orleans this year and they’re hovering around 500 or not looking like a playoff team, Boston’s going to make a run at him or the Lakers,” Pierce said on Tuesday’s show.

“I guarantee you that. He will not be in New Orleans by the end of the year.

“If they’re not playing well, he will not make it to All-Star weekend.”