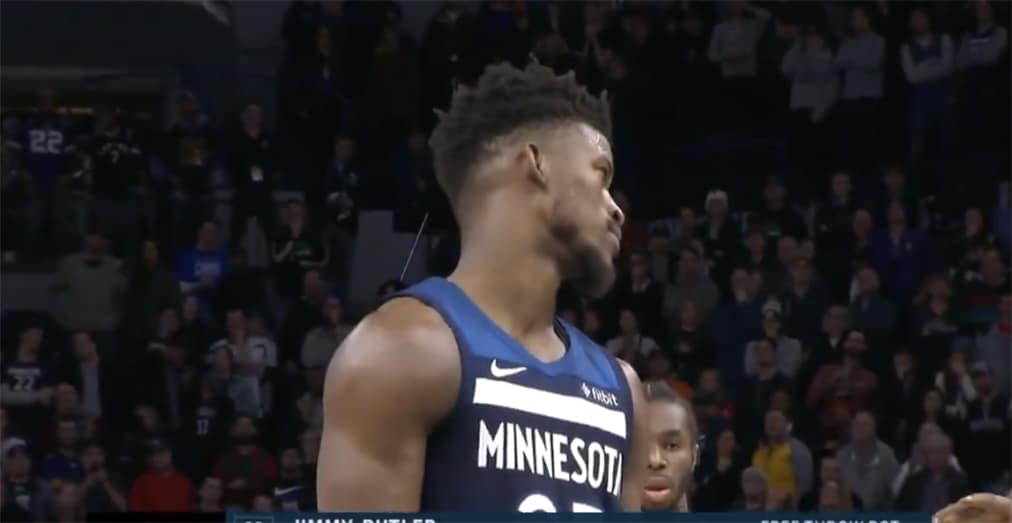 After the Pistons made a furious comeback, rallying from an 11-point deficit to take a three-point lead, Jimmy Butler was fouled while taking a three-pointer. With 6.2 seconds remaining on the clock, Butler nailed his first two freebies. Watch the video below to see Reggie Jackson and Stanley Johnson meet for a brief conversation right before Butler was about to attempt to tie the game.

The Pistons grabbed the 100-97 win by outscoring the Wolves in the fourth quarter, 29-17. Butler finished the game with 26 points, 10 rebounds and 5 steals.