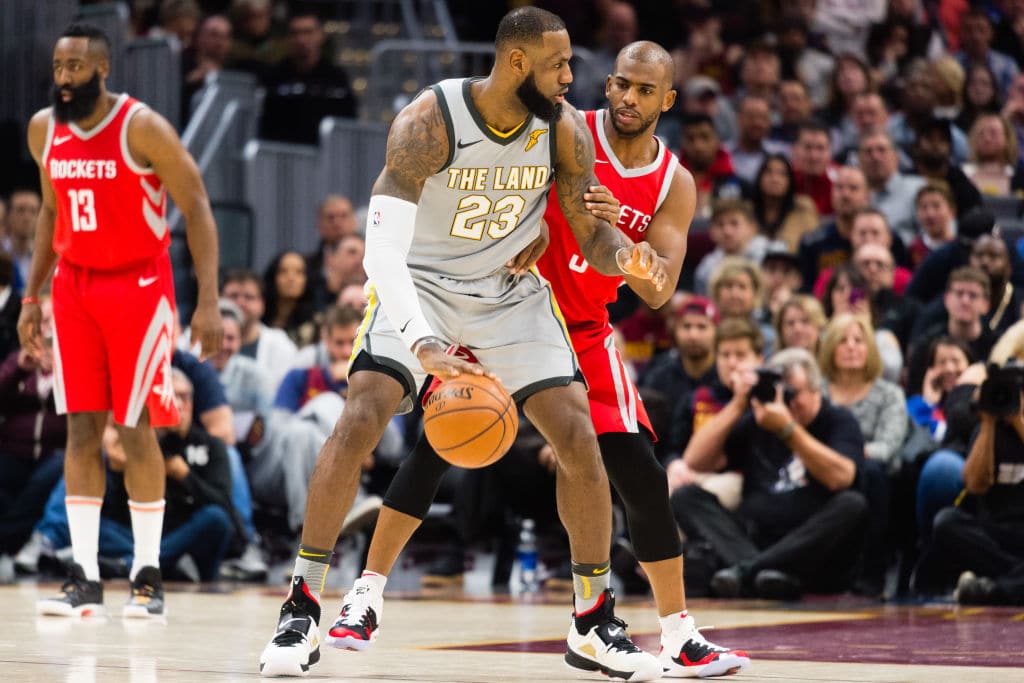 Chris Paul is reportedly telling folks that LeBron James would like to play in Los Angeles.

Paul desperately wants to convince his good friend to join him in Houston instead.

According to Stephen A. Smith and his "sources", Chris Paul has started telling people that LeBron James isn't trying to come to Houston because he wants to be in Los Angeles. https://t.co/VCt8JiLidM pic.twitter.com/OUOU0hebS9

CP3 is a free agent himself, and he’s expected to re-sign with the Rockets.

According to @wojespn, Chris Paul isn't focused on his own free agency as much as he is bringing talent to Houston. "Somebody close to (Paul) said to me that he has his focus on recruiting LeBron (to Houston) as anything he's done in this league."