Rihanna Screamed for LeBron James Outside Locker Room After Game 1 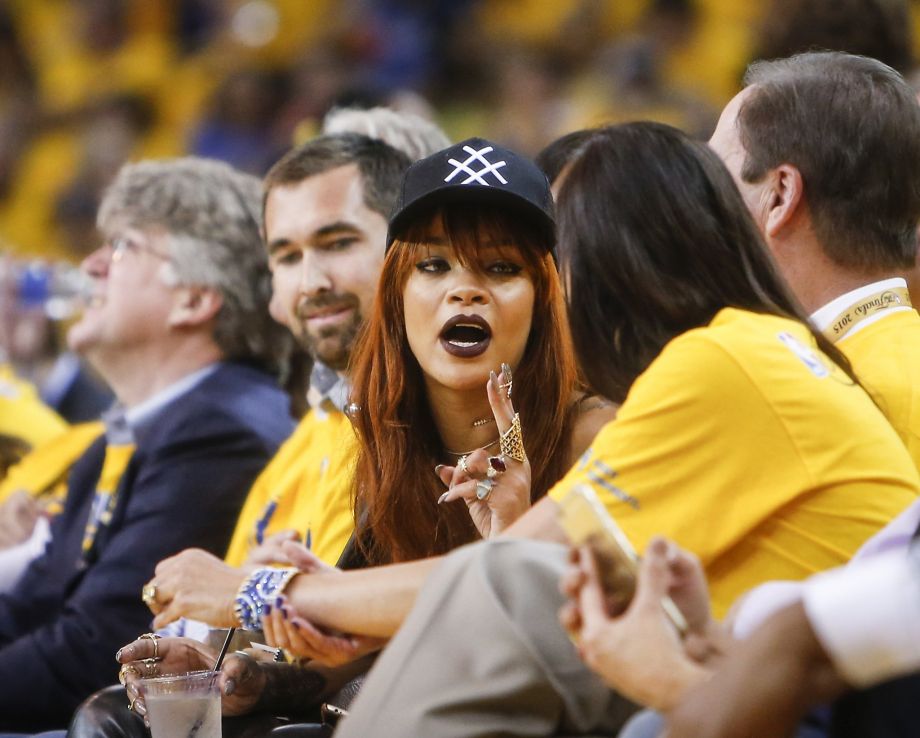 Pop star Rihanna did her best to steal the show in Game 1 of the NBA Finals—she was seated courtside and cheered relentlessly for LeBron James (this despite being plopped next to Golden State Warriors owner Joe Lacob.)

It’s not the first time RiRi has dominated headlines during the NBA Playoffs.

Following LeBron’s 44-point performance in the loss, she could be heard repeatedly screaming King James’ name outside the Cleveland Cavaliers’ locker room.

The Dubs didn’t let the sideshow created by all the hoopla distract them.

“When I walked in I saw all the cameras and Adam Silver was sitting right there outside the door of the locker room,” (Draymond) Green said. “And it was like, ‘Man, we’re in the NBA Finals.’ It’s an amazing feeling.” […] “There are a lot of distractions,” Warriors center Andrew Bogut said. “Thankfully we got through the first game unscathed. Now we know what to expect for Game 2.”

“My [pregame] shooting time is usually 75 minutes before tipoff,” Bogut said. “I went out there, and all you [media] guys were out there. There were 150, 200 reporters out there with cameras and all these annoying lights that affect my eyes. There is definitely a different feel. […] A lot more people. A lot attention. That’s what you play for.”

The Warriors had their typical sellout crowd of 19,956 fans, though it contained even more celebrities than normal, including Magic Johnson, Floyd Mayweather, Rihanna, Reggie Jackson, Marshawn Lynch, rapper E-40 and Guy Fieri.