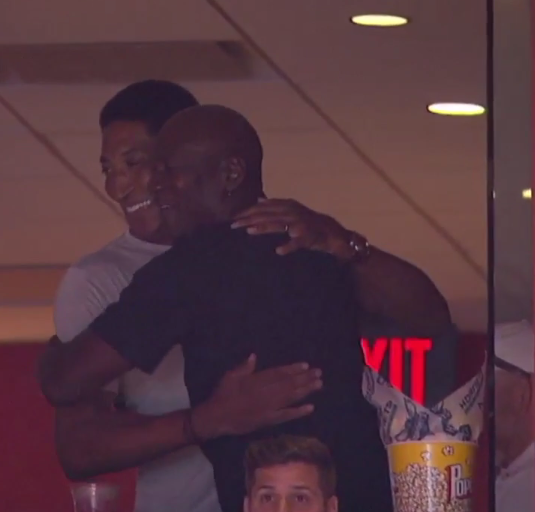 One of the best duos in the history of the NBA, reunited. It was only a brief exchange caught on camera, but during halftime of Game 7 between the Heat and Hornets, Scottie Pippen popped up to surprise Michael Jordan in one of the luxury suites in Miami. Check it out as the former Bulls teammates exchange a dap and a hug, then joke around a little. It’s a tiny little moment, but a cool one nonetheless.