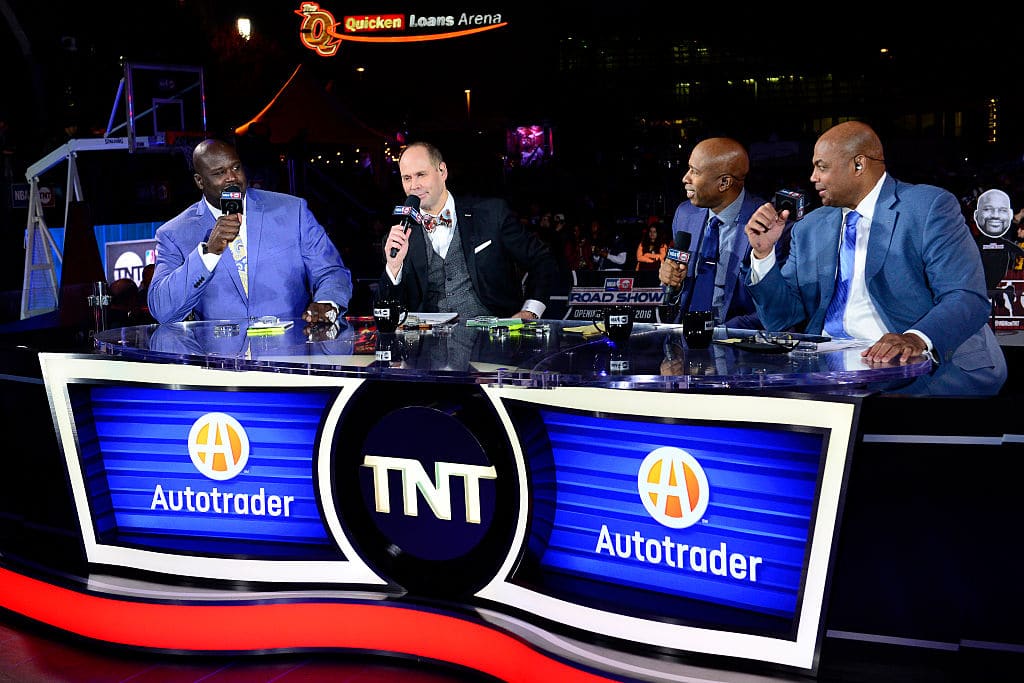 Shaquille O’Neal and Charles Barkley’s latest on-air argument took place Tuesday night, as the two Hall of Famers went back-and-forth over whether or not Raptors head coach Dwane Casey should apologize to DeMar DeRozan for benching the All-Star during Toronto’s second-round sweep at the hands of the Cleveland Cavaliers.

The debate then dissolved into a shouting match, with increasingly personal (and hilarious) attacks between the two legends.

Chuck and Shaq get heated in a back-and-forth on coach-player relationships…#InsideTheNBA pic.twitter.com/ElQxwBV5s7

“Me and Pat Riley never saw eye-to-eye and what happened,” O’Neal said with a raised voice.

“You don’t know what you’re talking about when it comes to championships. Stop babying these players, you got babied and that’s why you ain’t win.”

Barkley then retreated to an old comeback he’s used against O’Neal on several occasions in the past.

“I didn’t have Dwayne Wade and Kobe Bryant carrying me up and down the court,” Barkley said.

It was then that O’Neal stepped up to the line and knocked down Barkley with a brutal takedown.

“I’ve got three Finals MVPs, Google me Chuck. Google me,” O’Neal snapped back. “You see that (pointing to his championship ring), Google me.”