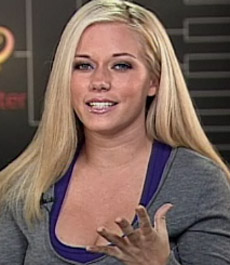 Fam, friend, even foe. They’re all hitting me up for my take on this year’s NCAA Tourney.

I don’t want to let anyone down, so I’m dishing out what little advice I have. It’s not much, though.

For my money, this year’s Madness is one of the tougher calls in recent memory. There are a lot of first round games that I could see going either way (I’m hoping Temple can handle Cornell). And I’m not feeling an it team per most years. Duke, Kentucky, Syracuse–I’m not buying what they’re selling. Too many question marks for each squad from what I’ve seen. And I’ve seen a lot of college ball this year. Still, I wouldn’t be totally shocked if one them makes me eat my words in the next few weeks. (Kansas is the only team that I’m near certain we’ll see in the Final Four.)

With me being a bracket adviser to people, I don’t usually get much advice from others. Sometimes I wish I did. If Pete Tiernan wanted to speak with me, I’d be all ears.

The reason we’re all here on this page today is because someone did speak with me about their picks. Best known as Kendra from Girls Next Door and from her solo show Kendra, Kendra Wilkinson is somewhat of a college hoops buff. Between marriage, pregnancy, motherhood and some, what we’ll call, off the field issues this year, Wilkinson (now with the married surname of Baskett) didn’t get to watch as much ball as should would have liked this year. Still, she’s willing to bet her bracket’s better than yours. And now, thanks to SoBe Lifewater, you can do just that this.

You’ve probably seen ads for the Zero Inhibitions Challenge. If you haven’t, I’ll summarize: Think your bracket’s solid? You sure? If so, you can upload your bracket here and put it up against Jerry Rice’s, Kenny the Jet Smith’s, Brooklyn Decker’s or Kendra Wilkinson’s picks. Like any pool, money is on the table. But unlike most pools, winners also get the chance to meet the celebrity that they beat.

So if you ever wanted to catch up with a Hall of Famer (Rice), a good player and great analyst (Smith), an SI model (Decker) or a Playboy bunny (Wilkerson), here’s your chance.

Like Kendra told me in the video below, “if they win, you never know what we could do. The possibilities are endless.” (Don’t think she meant it like that, people. But take whatever you want out of it.)