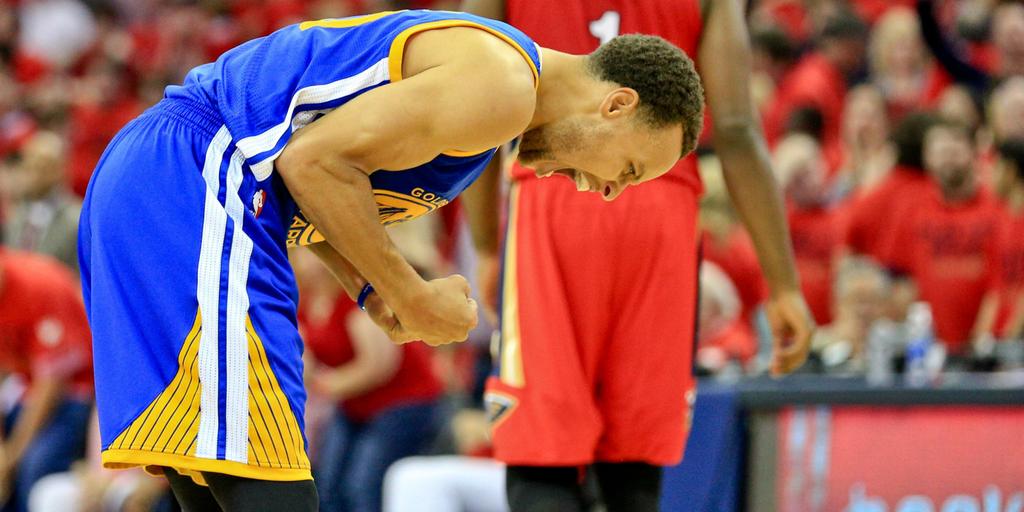 Curry scored 40 points in the 123-119 OT Game 3 victory, and moved the shell-shocked New Orleans Pelicans one step closer from starting their summer vacations.

Curry’s clutch play added yet another chapter to his growing legend.

The Western Conference’s top-seeded team came back from down 20 points at the start of the fourth quarter and down 10 with 2:48 remaining to steal a 123-119 overtime victory. […] “We have something special with our team,” Warriors head coach Steve Kerr said. “We’re never out of the fight. They have great confidence. … They have a competitive fire to them that allows them to do things like this.”

“I just thought it was a miracle that we had another chance,” Kerr said. […] (Klay) Thompson called Curry’s (game-tying) shot “amazing” and “one of the biggest of Steph’s career.”

“That’s as good as it gets, a three-pointer with two seconds left,” Kerr said. “To make that shot, it shows everything Steph is about — even on a night when he wasn’t having a great shooting performance. His confidence level is just off the charts. He’s fearless.” […] Curry finished with 40 points and nine assists, Thompson added 28 points on 6-of-12 three-point shooting, and Draymond Green had 12 points and 17 rebounds before fouling out.