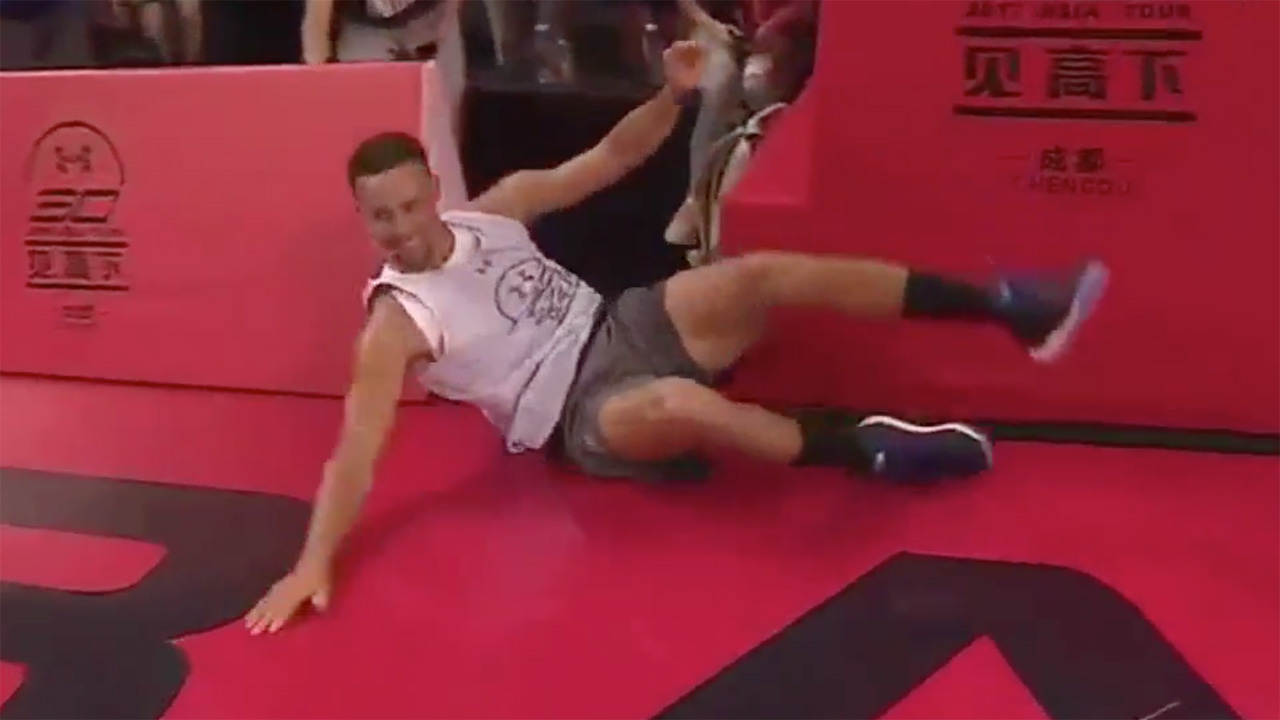 Poking fun at his fellow Splash Brother, Stephen Curry imitated Klay’s dunk fail in front of a crowd in Chengdu, China—one of the stops on Curry’s own Asia tour.

The day before, Curry managed to do three push-ups on a clear glass panel in a Beijing skyscraper before his fear of heights kicked in.

RELATED:
Klay Thompson Hilariously Shoots an Airball While in China