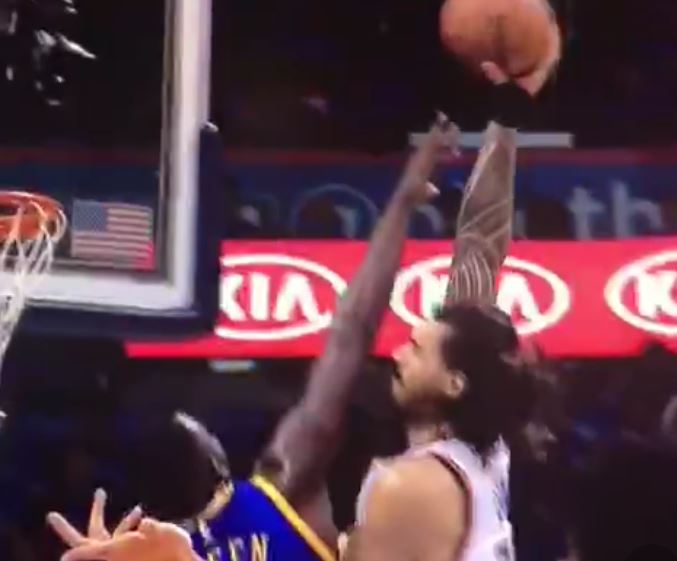 Steven Adams climbed the ladder to throw a monstrous slam over Draymond Green, who received only a fine for striking Adams in the groin earlier in the W.C. Finals.