Terrence Jones Out With a Collapsed Lung 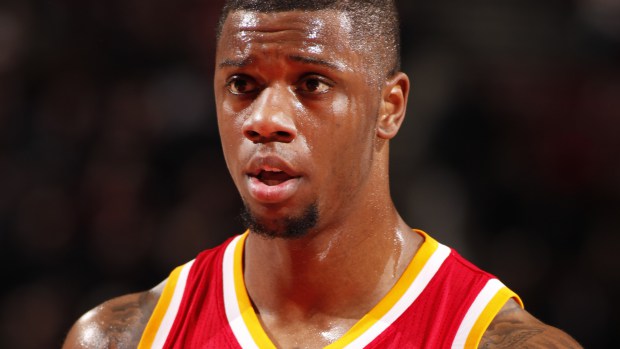 Jones spent the night in the hospital, according to head coach Kevin McHale, and will sit out at least the next three games.

“He got hit really hard in the ribs,” McHale said. “They don’t think he cracked a rib, but he’s having a tough time breathing, right now.”

“I feel bad,” Rockets point guard Patrick Beverley said. “TJones worked so hard to get back from his last injury and got stronger. He came out here and gave us the right energy and played well and got back in the starting lineup and for something like this to happen is very unfortunate. I know TJ is a solider and he’s going to keep fighting and get stronger and better and he’ll be fine.”

Jones is just the latest big man absent from the Rockets lineup. Center Dwight Howard has missed the last 24 games with swelling in his right knee. His return is expected in the next two weeks, though Howard didn’t practice with the team on Friday. […] With Jones out of the lineup, the Rockets will turn toward Joey Dorsey to start at power forward. Dorsey has picked up significant playing time because of injuries to Howard and Jones.