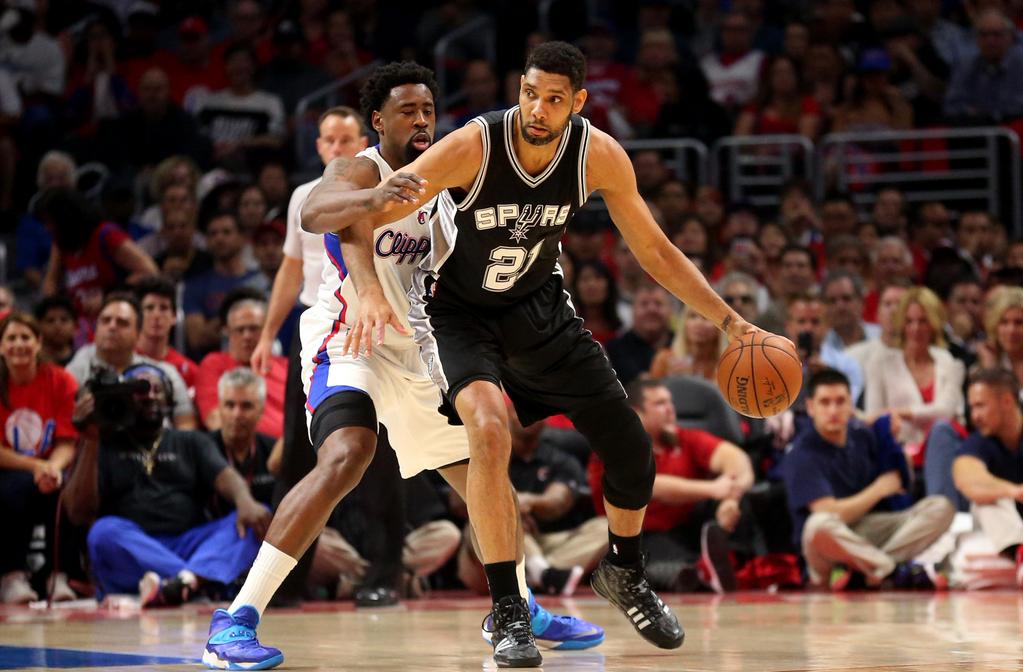 The ageless Tim Duncan was there once again when his team needed him most, scoring 21 points and grabbing 11 rebounds, as he pushed the hobbled San Antonio Spurs to a thrilling 111-107 victory against the LA Clippers in Game 5 Tuesday night.

The Spurs now head back home with a 3-2 series lead, against a shell-shocked Clipper squad. DeAndre Jordan’s late-game gaffe cost his team a chance at stealing the win.

Review: 4.9 seconds/Q4: Jordan touched the ball while it was within cylinder, therefore off. basket inferference was UPHELD, basket no good.

Gregg Popovich and the sixth-seeded defending champs know how fortunate they are to be in their current position.

The Spurs have their first chance to close out the series in Game 6 on Thursday at the AT&T Center. […] “It was anybody’s game,” said Spurs coach Gregg Popovich, who is now 13-3 all-time in Game 5s of a tied series. “It was a missed shot here and a missed shot there.”

Kawhi Leonard added 18 points for the Spurs, including the pair of foul shots that sealed the game with 1.2 seconds to go. […] Blake Griffin finished with 30 points and 14 rebounds for the Clippers, but will more likely remember the the two points he had taken away.

After the game, (Doc) Rivers mildly complained about a series of “tough calls” that worked against his team. The Jordan goaltend wasn’t one. […] “I thought it was the right call,” Rivers said.