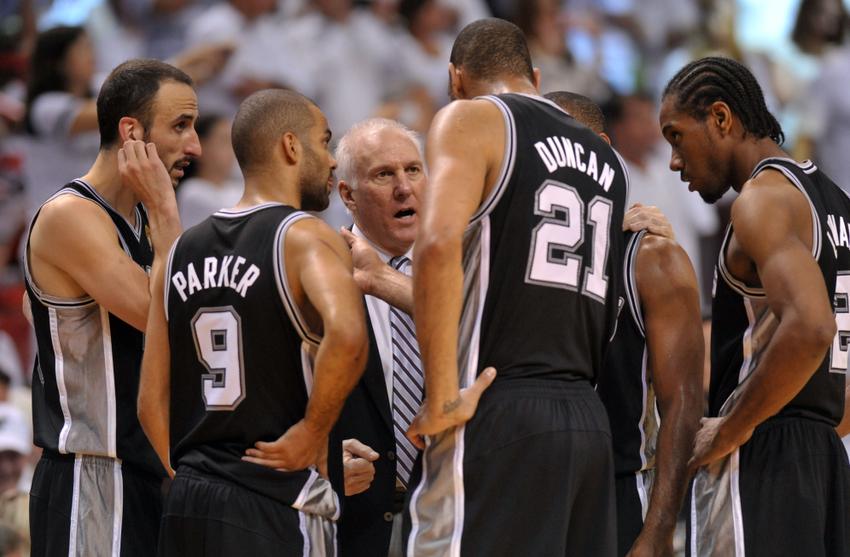 The San Antonio Spurs pulled off the coup of the offseason, as they nabbed free agent All-Star big man LaMarcus Aldridge.

Tony Parker now believes he, Tim Duncan, Manu Ginobili and Gregg Popovich have been given one final crack at winning an NBA championship together.

In addition to participating with France at the upcoming EuroBasket tournament, he’s embarked on the most rigorous offseason program of his career in the hopes of staving off the nagging injuries that have plagued him in recent seasons.

When he does arrive in San Antonio, Parker will join a freshly revamped roster that not only features most of the mainstays, notably long-time teammates Tim Duncan and Manu Ginobili, but also newcomers LaMarcus Aldridge and David West. And given the age of the first two, this could very well be the last opportunity the Spurs have to pursue a championship as currently constructed.

“Super excited, super excited,” Parker told France 24 English. “That’s why I can’t wait to start with the national team and make sure we take care of business, and then go to the Spurs and try to go back at it and try to get another ring. It’s been an unbelievable summer for us. LaMarcus is going to help us a lot. I’m so happy that Manu and Timmy are back. And so we’re going for a last try, a last crack at it to try to win it all.”