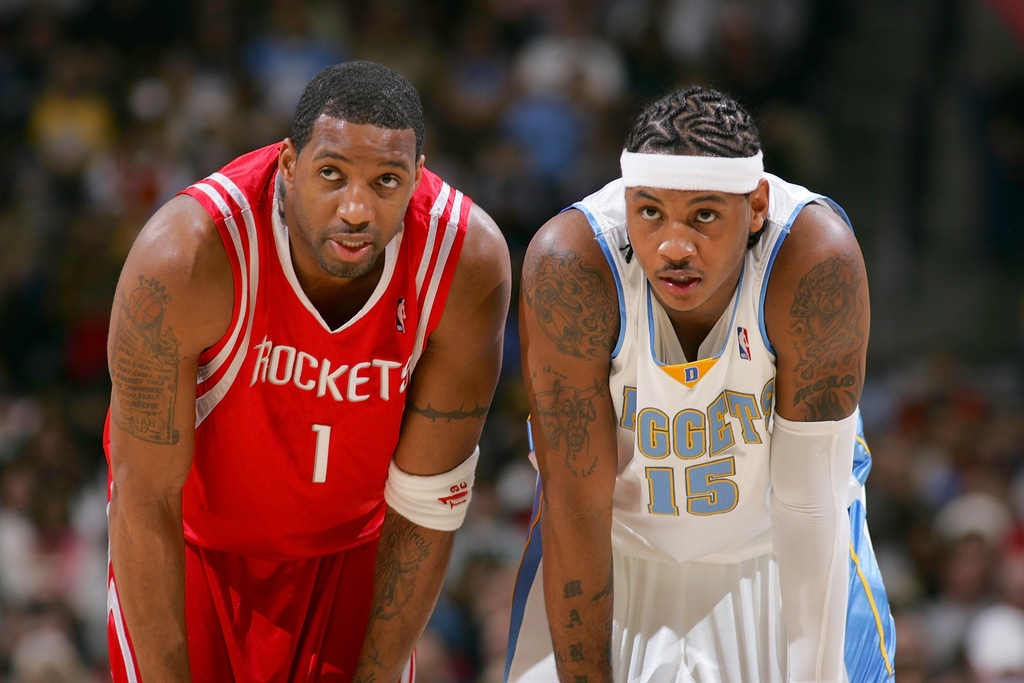 Tracy McGrady says it’s time for Carmelo Anthony to hang up his Nikes for good.

“Just go ahead and let it go,” T-Mac advises Melo.

Tracy McGrady says Carmelo Anthony should retire – for his own sake. (Interesting to note that TMac retired at 34, the same age Melo is now & has said that after spending his career as his teams' primary scorer, just hanging around in a player-coach/deep-bench role had no appeal) pic.twitter.com/kew12S9Ift

Anthony, a 34-year-old ten-time NBA All-Star and future Hall of Famer, has flamed out with his last two teams.

“You know what? I honestly think Melo should retire, I really do,” McGrady, who retired in 2012, said.

“I don’t want him to go through another situation like this, and people are just pouring negativity on this man’s legacy. I really think, because it hasn’t worked out the last two teams, just go ahead and — you have a Hall of Fame career — just go ahead and let it go.”