Tristan Thompson Walks Out of ‘F**ked Up’ Game 2 Interview 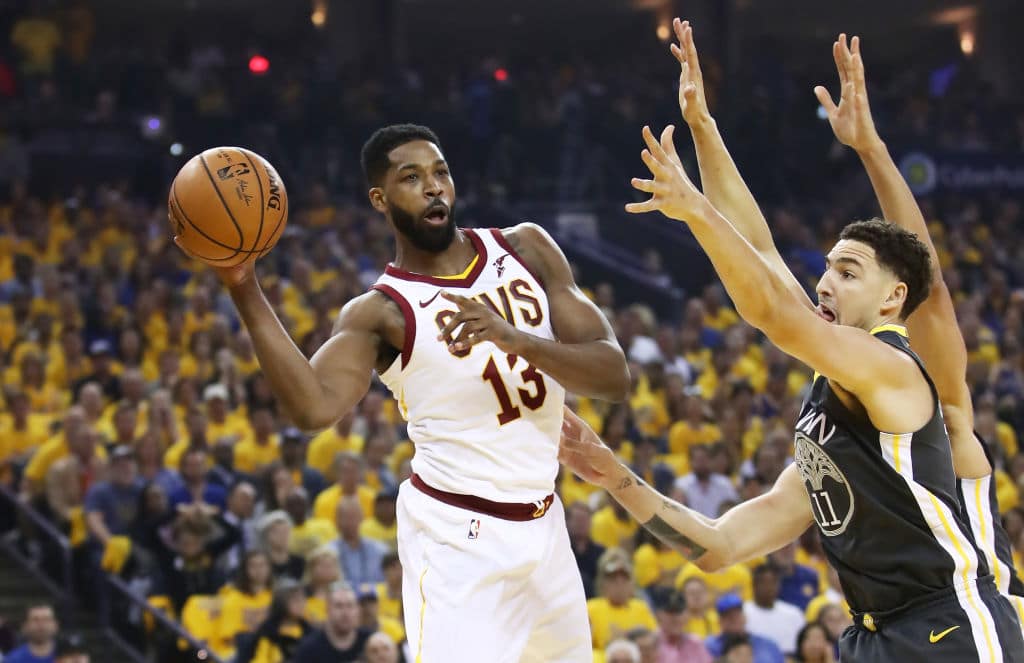 Tristan Thompson stormed out of his postgame interview Sunday night, having taken offense to a reporter asking him if he felt “helpless” when guarding Stephen Curry and Klay Thompson on switches in Game 2 of the NBA Finals.

The Cavs’ big man was also furious with the way Cleveland was officiated in Golden State’s 122-103 win, which gave the Warriors a 2-0 series lead.

Tristan Thompson walks off after being asked in he feels “helpless” guarding Klay Thompson: “That’s f—-ed up” pic.twitter.com/dRsCQj5Mch

Tristan Thompson was asked if the Cavs feel helpless at times trying to guard Steph Curry. He dropped a string of curse words in disagreement and ended his interview.

Also said: "I'm over this ref sh*t" when asked about officiating

Curry rained in a Finals record nine three-pointers in the Dubs’ victory.

Tristan Thompson grew indignant when asked if he felt helpless switching onto Curry on the pick and roll. “No. (Expletive). No,” Thompson said.

It was a rough weekend out here in the Bay for the Cavs. They felt Game 1 was stolen from them through poor officiating (and a missed free throw and a giant JR Smith blunder), and they cracked under the relentless pressure the Warriors apply with their ball movement and 3s.

“At the end of the day, if you don’t give effort and you don’t play hard, you never give yourself a chance to win,” Thompson said. “At the end of the day, you control what you can control. Just go out and play. Make or miss, you think you got fouled, you think it’s a travel — you have to get back on defense and communicate. That’s what Golden State wants. They want you to hang back, complain to the refs because they’re going to come down and knock a three in your face.”