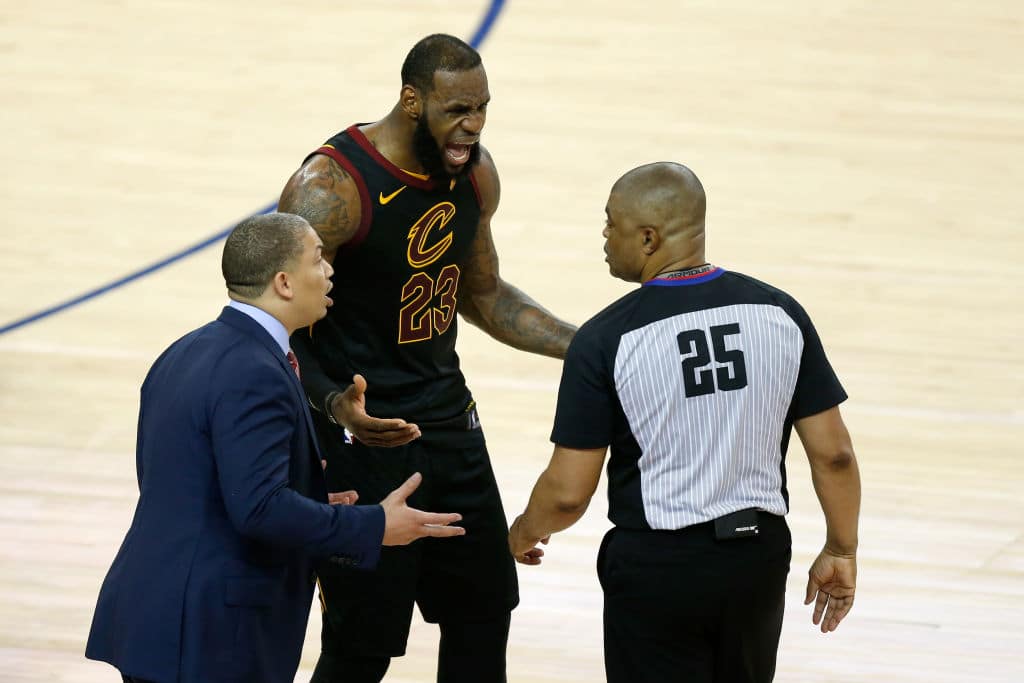 Cavs head coach Tyronn Lue laid the bulk of the blame for his team’s crushing loss in Game 1 of the NBA Finals at the feet of the referees, who reversed a call late in regulation and hit LeBron James with a blocking foul on Kevin Durant.

WHAT. A. TIME. #WhateverItTakes vs. #DubNation pic.twitter.com/jH7Xebr5Xc

James scored a playoff career-high 51 points for Cleveland, adding 8 rebounds and 8 assists in the defeat.

“In The Finals on the biggest stage, when our team played well, played our (butt) off, man, it ain’t right,” Lue said. “It ain’t right.”

Lue, whose eyes were red as he spoke from the podium after the game, said “LeBron was clearly four feet outside the restricted area.

“So it doesn’t make sense to go review something if — the review is if he’s on the line or if he’s close to the charge circle, that’s the review,” Lue said.

“He wasn’t close. So what are we reviewing? Either call a blocking foul or call an offensive foul. For our team to come out and play their hearts out and compete the way we did, man, I mean, it’s bad. It’s never been done before where you know he’s outside the restricted, and then you go there and overturn the call and say it’s a block. It’s never been done, ever, in the history of the game.”

Related
JR Smith: ‘I Knew it Was Tied’