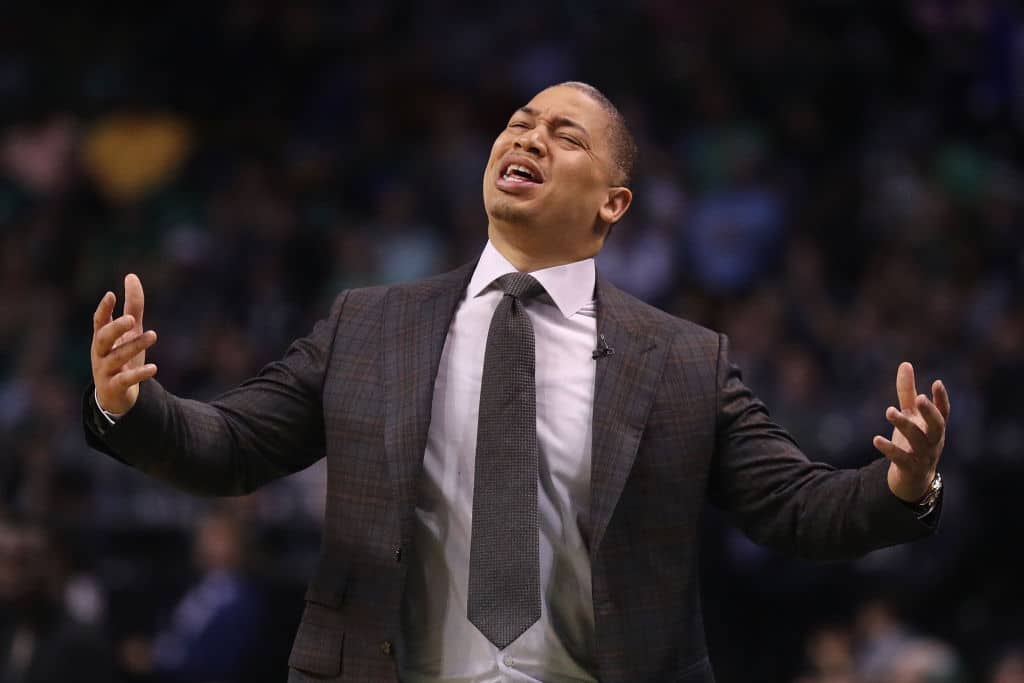 Cavs head coach Tyronn Lue says the Boston Celtics are “gooning the game up,” and implores his squad to get tougher as the Eastern Conference Finals shifts to Ohio for Games 3 and 4.

"We've got to be tougher. I think they're playing tougher than we are."

“We have to be tougher,” Lue said.

“I think they’re playing tougher than we are. We’re seeing that. They’re being physical. They’re gooning the game up, and we have to do the same thing. We have to be tougher mentally and physically.”

Smith, who avoided additional punishment for his flagrant foul on Al Horford, didn’t agree that Boston is the tougher team.

Smith’s shoddy performance in Game 2 — he missed all seven shots and committed a flagrant 1 foul in 27 forgettable minutes — underscored a startling disparity between Cleveland’s and Boston’s starting backcourts that allowed the fearless Celtics to withstand a brilliant, 42-point effort by LeBron James and take a 2-0 series lead.

“They made shots, we missed shots at the end of the day. We had some good looks, they didn’t fall. For them playing on their home court, they fell. It’s a matter for us to bounce back, go home, try and get (win) two, even the series up and come back here.”