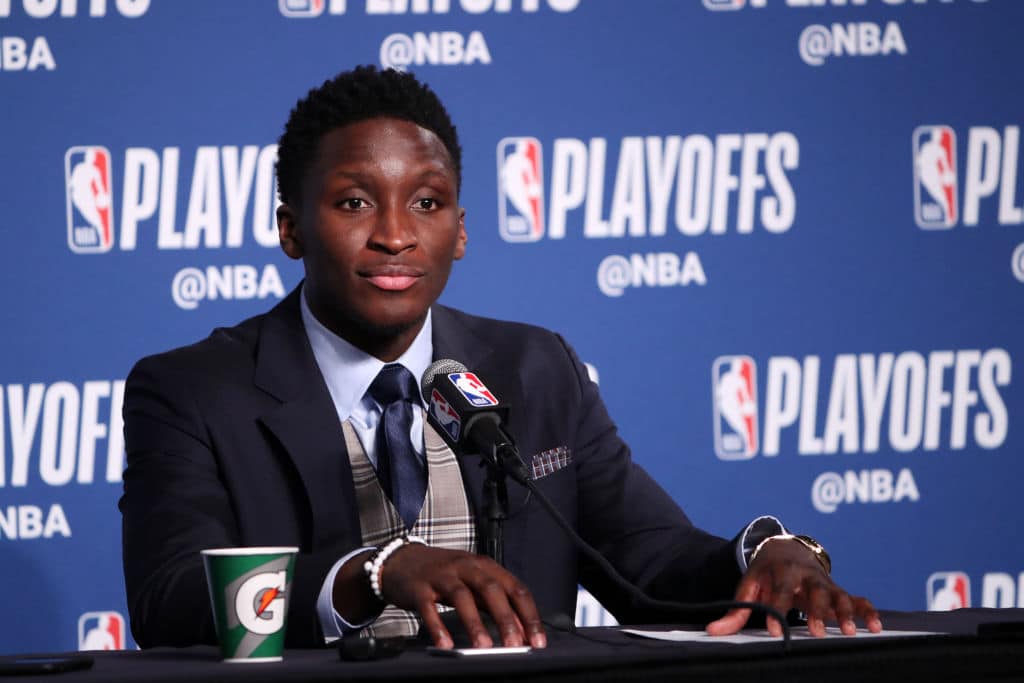 With Game 5 tied at 95-95 in the waning seconds Wednesday night, Victor Oladipo appeared to get a step on LeBron James, only to have James swat his layup attempt against the backboard.

Oladipo and his Pacers teammates allege that LeBron committed a goaltending violation prior to hitting a dramatic buzzer-beater to give the Cleveland Cavaliers a 3-2 series lead.

James, as one might imagine, was not persuaded by Indiana’s argument.

Oladipo thought he was fouled by James before the non-call.

“I got a step on him,” Oladipo said. “I felt like I even got grabbed on the way to the rim, tried to shoot a layup, it hit the backboard, then he blocked it. It was a goal tend. It’s hard to even speak on it. It just sucks, honestly. It really sucks. Even though we fought our way back, we tied the game up, that layup was huge.

“Give him credit where credit is due. The three was big-time. Definitely huge. But who’s to say they even run that play? We don’t know what happens. It’s unfortunate. It really sucks that they missed that.”

Said Pacers center Myles Turner: “It’s clearly a goaltend, but that doesn’t change the fact that they made the game-winning shot.”