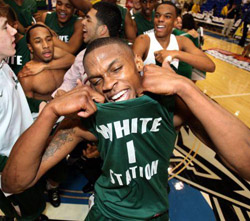 “I’m going up there to wreck shop. I want to prove that I belong.”

A 5-star player named Joe Jackson said those words to Rivals this summer before Reebok U. Not a 3-star low-mid-major prospect on the fringe of Division 1 offers from schools such as Centenary College and the like. Not a 4-star with accolades, but enough criticism to have a chip on his shoulder. This is Joe Jackson.

Five stars on the scouting report. State title patch on the Letterman Jacket. Crown of Memphis area hoops on his dome. The rim? Anybody else see a 5-11, 150 pounds when dripping wet PG look that mad at the hoop when he dunks? Or the crossover, you know that one that always seems to end with the defender on his hip and the lane open for the taking… Why doesn’t he seem satisfied? Why is there a look on his face that demands to know why he isn’t good enough for his own standards?

To watch him play is to see a man in complete control. His defender hesitates because he has no idea what Jackson will do on any given possession. Joe takes an extra dribble or two, not because he is selfish with the ball, but because he has so many different options at his fingertips to attack his opponent with, that he sometimes finds himself toying with a defender. Should he hesitation-dribble, then shift his hips and cross to pull into the lane and kick out? Nah, too easy.

How about diving off a screen then pulling into the corner, only to head fake for an open look at the rim? Maybe, but we’ve seen that twice in the past 10 possessions. Alright, he’ll wait for the swingman to cut to the hoop for the easy lay in. Got ‘em, coach.

The buzzer sounds, hustle to the bench, smile for the picture. He’s ranked 12th in the country according to Aggrey’s rankings, but until Joe gets to the top, he’s not stopping for shit. Our new SLAM Diary keeper, Harrison Barnes, has a target on his back. And he wishes this Joe Jackson was shoeless. 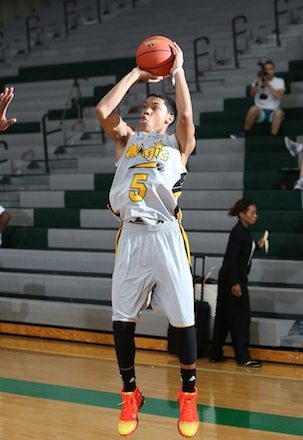 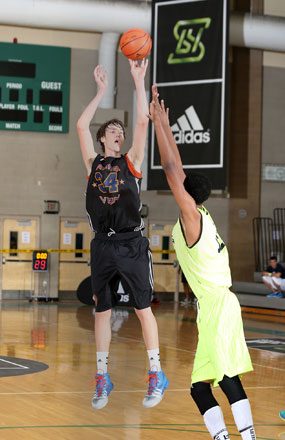 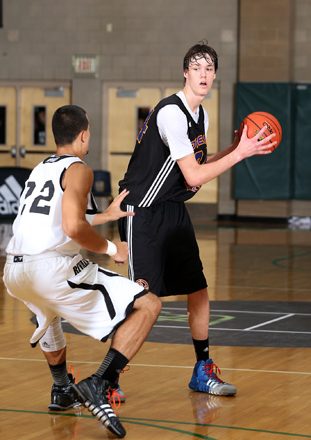 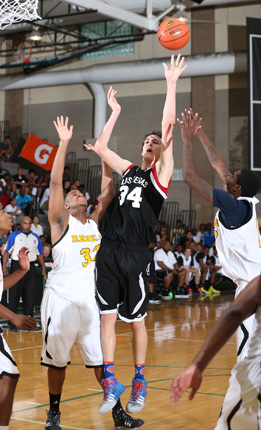 USA U19 Team Falls to Russia in Quarterfinals