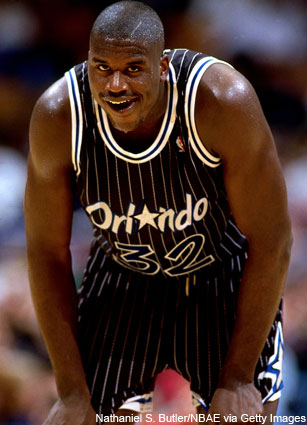 It’s crazy how time flies. Iverson’s gone, Jordan’s history. Shaq—well, the real Shaq—is a distant memory. KG has 16 seasons under his belt, Vince Carter is officially irrelevant, and the majority of teenagers today are absorbing Kobe Bryant as #24, not #8 with the Crazy Eights and the stylish afro.

On one hand, it’s good; a younger, newer breed of ballers are infusing newfound life, talent, and awe into the best league on planet Earth. On the other hand, it’s scary. But regardless how you look at it, it’s reality. Stars come and go, no matter how great they are at a given point in time. Before you know it, we’ll be asking how many more years Bron, Wade, and Melo have left in the tank. It may seem lifetimes away, but the day is creeping up on us faster than we realize.

The point here is that we gotta do our best efforts to savor these memories because they’ll be gone in the blink of an eye. Above are 10 video clips of select NBA stars in their rookie seasons, leaving their imprint on the game from day one and helping us fans freeze time and capture the moment. From a 18-year-old Kobe Bryant to an infant-like Kevin Garnett to the GOAT himself, the raw talent, athleticism and swag on display was truly remarkable.